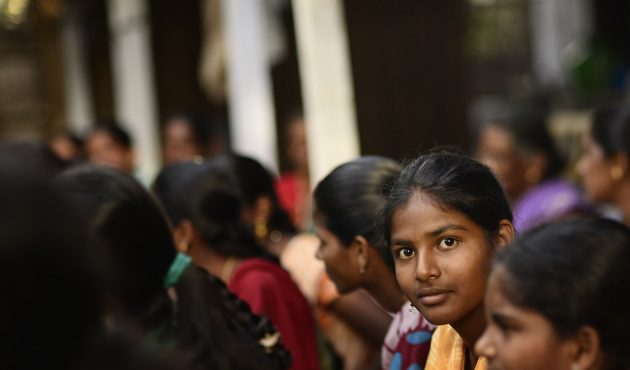 Ani, Priya and Leila* grew up in Jharkhand in northern India. As young girls in a vulnerable community, they had to work with their parents in a brick kiln in order to provide enough sustenance for their families.

When Ani, Priya and Leila were around 13 years old, another girl from their hamlet approached them. She spoke earnestly, convincing them they could work for an orchestra troop outside of Jharkhand and be paid the large sum of Rs.1,000 ($16 USD) per performance. Convinced this could help support them and their families, the three girls agreed. They made arrangements to leave their homes and were soon accompanied to Raxaul by an agent— who turned out to be a trafficker.

Upon reaching Raxaul, Ani, Priya and Leila were transferred to another trafficker who made preparations to take them to Kathmandu. At the border of Nepal, the three girls were intercepted, protected from exploitation by border security guards who had been trained by our community partner. The trafficker was arrested onsite by local police, and the girls were brought safely to our partner’s centre. Instead of enduring slavery, they received counselling and other services to help them start to recover. Once children finish their time at the centre, our partner reintegrates them with their families, providing ongoing support to reduce future vulnerability.