Enforcing Mauritania’s Anti-Slavery Legislation: The Continued Failure of the Justice System to Prevent, Protect and Punish 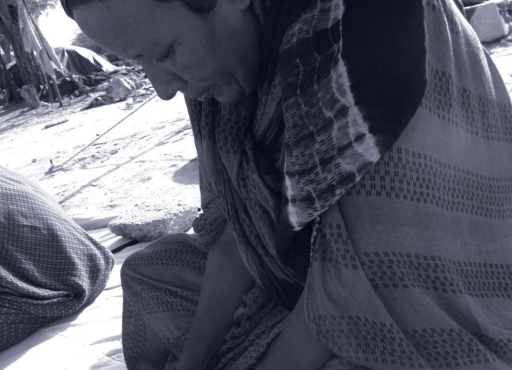 I realised that our life was not normal. It was not like the lives of the other children because the other children were called by their name, but me, they called ‘slave’. I was not treated like a person … For me, liberty is life, so that a person can work, can speak openly. Being a slave you don’t have this.

The words of a Mauritanian boy who now lives in freedom but who was born into slavery in 2000.

When speaking about slavery today, many talk about ‘modern forms of slavery’ and ‘slavery like practices,’ referring to exploitative and dehumanising practices such as human trafficking, women and girls forced into prostitution, adults and children working in sweatshops or in the agricultural sector for gangmasters.

In Mauritania, however, a more traditional form of slavery, known as descent-based slavery, persists where slaves are the property of their masters and mistresses and children born to a woman or girl in slavery automatically become slaves at birth. Such children are expected to start helping with the domestic chores or the herding of livestock as soon as they are able, are unlikely to attend school, will not have time to play or rest days, will only eat the family’s leftovers, will regularly be beaten, will not be paid for their work and, will often, in the case of girls, be raped and go on to have children who in turn are also slaves. In short, they will be denied their childhood and their very personhood.

And yet, slavery was officially abolished in Mauritania in 1981 (the last country in the world to do so), was made a criminal offence in 2007, and was recognised as a crime against humanity in the country’s constitution in 2012. However, the gulf between legal measures and daily reality couldn’t be greater in a country where slavery is so deeply and culturally engrained, and where the government, judiciary and police are dominated by the traditional slave owning class, with vested interests in maintaining a system which privileges them.

The lack of enforcement of the 2007 law criminalising slavery, and the obstacles faced at every stage of the criminal justice system by those victims who do seek to bring a criminal complaint, is the subject of a recent report produced by a group of international and Mauritanian NGOs funded primarily by the Freedom Fund . The report is extremely timely given that the 2007 anti-slavery law was repealed in September 2015 and replaced by a new, seemingly tougher, law.

Passing legislation, however, is not enough. The true measure of the Mauritanian government’s commitment to eradicating descent-based slavery lies in how well it enforces the new legislation through addressing the multiple obstacles identified in the report. Only when slave-owners realise that they cannot continue owning slaves with impunity will a centuries-old practice, universally recognised as a gross violation of human rights, be finally brought to an overdue end.