The Freedom Fund: funding the fight against modern slavery 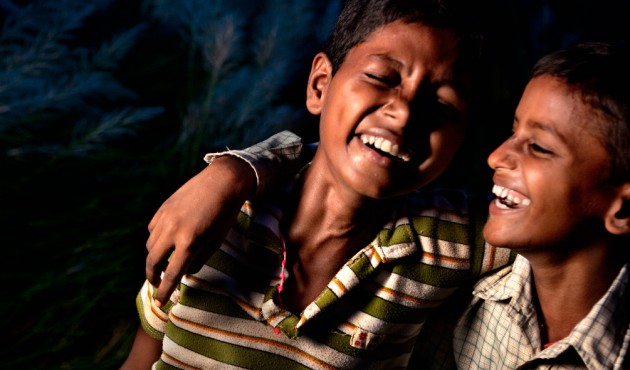 Slavery causes terrible suffering to its victims, but it is more than just an individual crime. It is also a cancer that eats away at the wider health of our economies and communities and a symptom of greater societal failures. Ending slavery will not only extinguish one of the greatest injustices known to humanity, but will also enable people to freely contribute to their community, creating greater prosperity.

And that is why the Freedom Fund exists: to focus the world’s efforts on the eradication of this most exploitative of human rights abuses. Modern slavery generates profits of $150 billion a year for its perpetrators, who unconscionably exploit vulnerable children, women and men around the world for financial gain. Yet the resources currently devoted to combat this are paltry compared to the scale of the atrocity.

Slavery continues to thrive in every country, with over 35 million people enslaved globally, a quarter them children. This is despite the fact that slavery is a crime under international law, and illegal in every country.

Between them, the richest countries in the world – members of the OECD –spend perhaps $120 million each year to fight this evil. Currently, there are welcome efforts in the US Congress to scale up the funding available to fight slavery, but much more needs to be done.

Thankfully, private funders are rallying to the cause and working collaboratively by pooling funds. In 2013 three leading foundations – Humanity United, Legatum Foundation and Minderoo Foundation – each committed $10 million to create the Freedom Fund, the world’s first private donor fund dedicated to ending modern slavery. President Bill Clinton celebrated this commitment, declaring, “This is a huge deal and we should all support this.”

The Freedom Fund is based on the investment approach of its founders and aims to leverage donor funds to significantly increase the impact of existing and new anti-slavery initiatives and enable the scaling up of successful programs globally.

Launching in January last year, the Freedom Fund quickly attracted support from two other foundations, the Stardust Fund and C&A Foundation, each committing millions to the anti-slavery effort. C&A Foundation partnered with the Freedom Fund to focus on the eradication of forced and bonded labour in the textile industry in Tamil Nadu, southern India. This partnership is seeking to drive changes that result in greater freedoms for workers in the apparel supply chain.

Then in July, we were delighted to announce our partnership with the Children’s Investment Fund Foundation (CIFF), which will grant $10 million over five years to the Freedom Fund to scale its anti-slavery work, with a particular focus on tackling the exploitation of children. CIFF’s commitment to the Freedom Fund, and to efforts to end the slavery of children around the world, is a powerful endorsement of the work of the Fund and its evidence-based model.

This pooling of private donor funds into one focused vehicle enables the Freedom Fund to fight slavery in an effective, impactful and measureable way. We work with local organisations around the world on the frontlines of the fight against slavery and also work to drive systemic change in sectors where we feel our investment could catalyse change.

Supporting local organisations is key, because they work at the very heart of the problem in countries with a high prevalence of slavery, such as India, Nepal, Ethiopia and Thailand. These frontline groups are often staffed by those formerly enslaved. They work in the vulnerable communities and amongst the marginalised populations that the perpetrators prey upon. They know the victims, the traffickers, the corrupt and the honest officials. They work close to the brothels, factories, quarries, brick-kilns and myriad of other places where victims are exploited.

Yet despite their dedication, these local organisations are often under-resourced, too overwhelmed to effectively coordinate, and lacking the training that will enable them scale their work. The Freedom Fund helps address these challenges by bringing partners together in clusters, known as hotspots, where they can work more effectively together to advance the cause of freedom.

A hotspot is a geographic area known to have a high incidence of modern slavery, and which meets criteria designed to ensure that the Fund interventions are likely to result in a measurable reduction in slavery.

By focusing on a carefully defined area we have the opportunity to bring together many different organisations and intervention approaches toward the common goal of eradicating slavery in the hotspot.

We also monitor our partners’ work, measure their impact, and commission some of the world’s leading research institutes – such as Harvard’s FXB Center for Health and Human Rights, the London School of Hygiene and Tropical Medicine, and the Institute of Development Studies – to rigorously evaluate these efforts and report publicly on their findings, to the benefit of the wider anti-slavery community.

This work is already demonstrating its impact. In Northern India, our longest running hotspot, the Freedom Fund’s programs have liberated 3,659 people from slavery during the first twelve months of operation, and placed over 11,000 at-risk children in school, a major life-change which will significantly reduce the risk of them falling into modern slavery in the future.

These are important results, most obviously for those liberated from bondage and servitude. But given the prevalence of slavery, these efforts will need to be scaled significantly to drive a measurable reduction.

All of this requires more funding, both private and public. Given the abhorrence, which all right-thinking people have for slavery and the limited funds currently available to fight it, this should not be an insurmountable problem. Western governments are certainly well-placed to increase the funding they provide, and thereby match the rhetoric of their leaders on this issue, but have been slow to respond.

In the meantime, as with the fight against the slave trade in the 1800s, private funders will continue to provide leadership in this most historic of human rights causes – the movement to end slavery.

While ending modern slavery is an ambitious goal, it is achievable. The combination of global ambition and grassroots action has brought successes in other human rights struggles, such as efforts against female genital mutilation. We believe that this powerful partnership between funders and grassroots organisations can be transformative in the fight against modern slavery. And in this way we can ensure that this most ancient of evils finally becomes a relic of history.