“The greatest human rights issue of our time”: Theresa May commits to UK leadership on slavery 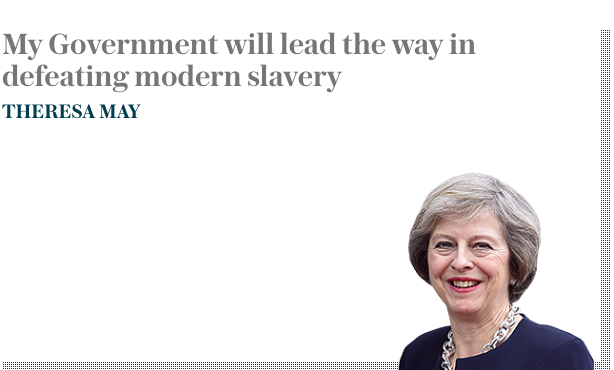 On Sunday the new UK Prime Minister, Theresa May, committed her government to lead international efforts to defeat modern slavery.

“These crimes must be stopped and the victims of modern slavery must go free. This is the great human rights issue of our time, and as Prime Minister I am determined that we will make it a national and international mission to rid our world of this barbaric evil.

“Just as it was Britain that took an historic stand to ban slavery two centuries ago, so Britain will once again lead the way in defeating modern slavery and preserving the freedoms and values that have defined our country for generations.”

Her full statement can be found here.

At the Freedom Fund, we are delighted to see this declaration of intent from the Prime Minister and believe the UK is well placed to play a leadership role in the modern anti-slavery movement. Two centuries ago, the UK led global efforts to abolish the slave trade. More recently, the country has passed and implemented the Modern Slavery Act and required businesses operating in the UK to publish statements detailing their efforts to ensure that slavery is not part of their business or supply chains.

Meanwhile, in the US, the Democratic presidential candidate, Hillary Clinton, has published her own anti-slavery strategy entitled, “Here’s How I Intend to End Slavery.” And at the recent Democratic National Convention a survivor of human trafficking, Ima Matul Maisaroh, gave a headline speech in which she shared her experience of being trafficked from Indonesia into domestic servitude in Los Angeles.

It is deeply encouraging to see efforts against modern slavery gaining such prominence in the UK and US. Real success in the fight against slavery requires committed political leadership from governments – on everything from measuring the scale of the crime to fighting corruption.

At the Freedom Fund, we are committed to ensuring that these political declarations are translated into real impact. We look forward to working with all governments genuinely committed to fighting this scourge to ensure that, together, we can defeat modern slavery.