Modern slavery and trafficking in conflict: The UN’s response 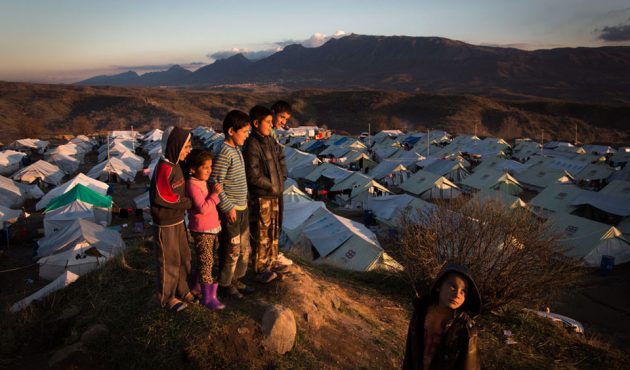 Refugees and other migrants displaced by conflict are particularly vulnerable to extreme forms of exploitation. The inclusion of modern slavery and human trafficking at the highest levels of the international agenda is a welcome development, as is the surge of activity among United Nations agencies and Member States to tackle these crimes. But while the anti-slavery movement has begun to make significant progress in recent years, the response is yet nowhere near equal to the challenge.

Our report, “Modern slavery and trafficking in conflict: The UN’s response,” assesses the UN’s role in addressing trafficking in conflict and provides recommendations for strengthening its efforts. It finds that the UN system should work more effectively to help countries tackle slavery in conflict. Without more attention to frontline humanitarian action on slavery and trafficking, as well as significantly increased coordination and leadership within the UN and a broader approach to accountability and consequences, positive intentions will fail to translate into real change for the victims of modern slavery.

Eradicating slavery and trafficking is well beyond the capacity of any one country or UN agency. All parts of the UN system, states and civil society will need to work strategically together if we are to see real progress. Stronger and coordinated multilateral action is essential – for, without it, the world’s most vulnerable will continue to be horrendously exploited.