A Dalit woman’s journey from landlessness to community leader 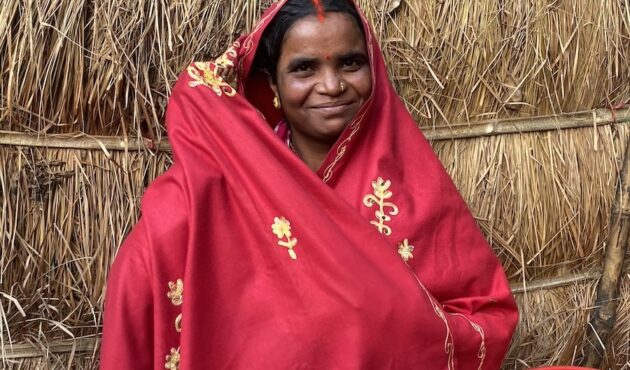 Access to homestead land and housing are basic requirements for human survival. Every citizen needs to have a safe, secure and healthy place to live, work and lead a life of dignity. A house provides not only physical protection against the vagaries of nature, but also space and privacy to an individual and his family for physical, emotional and intellectual growth. Considering its importance for the overall well-being of individuals and families, the right to housing has been enshrined in international human rights instruments and treaties as well as in the Constitution of India.

The Constitution of India, Articles 19(1)(e), guarantees the right to reside and settle in any part of the country. However, in rural India, the traditional practice of landlords providing homestead land to landless agricultural labourers still exists and has been a major source of bonded labour relations. Since they do not have secure ownership rights, these families are always at risk of eviction by the landowner, and are therefore vulnerable to subordination and exploitative unfree labour relations. Ownership of homestead land can provide these families the freedom to choose their employer and increase their bargaining power for better wages and working conditions.

Though there are several government schemes to provide land rights to the impoverished, a significant proportion of the rural poor from marginalised communities find themselves ineligible for assistance because they lack either access to land or legal ownership rights over the property where they reside. As a result, the neediest among the rural poor are often unable to avail themselves of government schemes.

Rita Devi is a landless Dalit woman living in Bihar, one of India’s poorest states. Dalits are considered low caste in India. Rita and her husband were daily wage workers who lived with their extended family of seven in a small hut. They struggled to make ends meet, so owning land was impossible for them. Rita found it very hard to both take care of family needs in the small hut and also labour outside.

In 2012, Rita heard about the government land scheme for her caste. She went to the appropriate government department but the concerned officials refused to accept the application because it was an unprecedented move from that panchayat to access this scheme and she was denied three times. The land reserved for this government scheme was stolen by high-caste people. When they heard about Rita’s daring act of approaching the government department, the village elders ridiculed her for her ambitious dream of owning a land. Her husband felt threatened and angry by the bullying, and he warned her not to pursue this matter any further or else to face consequences. She was disappointed, but not defeated.

She attended a freedom community group run by Freedom Fund partner Duncan hospital in 2015. During the group meeting, she learned about her rights and entitlements and the correct way to access them, as well as about the power of collective action. This engagement provided her with a pathway to achieve her dream of owning land. She actively participated in all the group activities, which helped bolster her confidence.

In 2016, she and three other women went to the government offices again with the applications of 18 families. Rita was pregnant at the time, but that did not stop her. Once the application was submitted, the process required them to visit government officials several times. Going on these visits were very taxing for pregnant Rita. She and the other women would return home late in the evening. After one such visit, her husband stopped her from entering the house and asked the other women’s’ family members not to support her. For a few months no one came to her aid.

But Rita did not give up, and with the help of the Duncan project team she continued to follow up on the government applications. Sadly, during this time one of the women who supported her passed away. In 2018, a state-level rally on land rights was held in Patna, and Rita went to the rally with three other women, carrying her two-month old baby. She knew this rally was the only opportunity she would have to meet with a government minister. At the rally, she managed to meet with the minister and hand over her application directly. He was moved to see that four women carrying an infant travelled for eight hours to meet him. He spoke highly of Rita, saying that she was a real leader who travelled so far with an infant for a worthy cause. His words gave her new confidence and energy, and he promised to issue the order as soon as possible.

Although district officials initially ignored Rita, they eventually saw the official order in support of her application, and land was granted to the 18 families. Today, Rita is a proud landowner and organiser who successfully mobilised women in her community to apply for land rights. With Rita’s help, over 50 families are in the process of getting land rights, something they never would’ve dreamed of before her support.

A small motivation and the right information are enough to make change leaders in the community. That is what the Freedom Fund northern India hotspot partners are doing in this new phase of our program – supporting community leaders to bring transformative change to their villages. We hope that in the coming months many other women like Rita will come forward to share their success stories with the world.