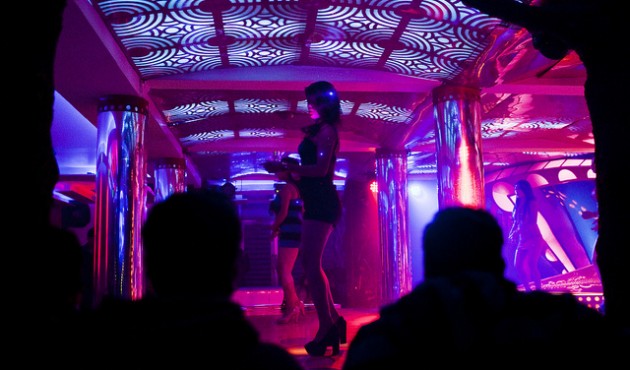 The Freedom Fund is pleased to announce a new partnership with the Dorothea Haus Ross Foundation, which has made an investment of $50,000 in our Central Nepal hotspot. The Dorothea Haus Ross Foundation is a private foundation, based in the United States, and works to secure the basic needs and human rights of children in the United States and in the developing world.

In the past ten years, there has been a dramatic growth in the number of massage parlours, dance bars, cabin restaurants, and guesthouses in Kathmandu. Working in this sector is especially hazardous for children, and, in addition, many of these workplaces are a front for commercial sex. At least half of the sector’s workers are under 18, and the vast majority entered the sector as children.

Many of the workers are trapped in bondage to employers through loans, lacking the freedom to change where they work. Also, the girls and women are under strong pressure from employers to please the male customers, in order to persuade them to buy more alcohol and food. This often leads to having to provide sexual services. Many of the girls entering the work are unaware of this requirement.

Though estimates for the number of women and children working in the sector range between 13,000 and over 26,000, until now, very limited resources and coordinated attention have been given to the situation of adolescents in the industry. In addition, the earthquake in April 2015 left many individuals without food and shelter, leaving them especially vulnerable to exploitation of all kinds.

Through the support of the Dorothea Haus Ross Foundation and our anchor investors, The Freedom Fund’s Central Nepal hotspot aims to radically reduce the number of children in the adult entertainment industry and in commercial sexual exploitation in the Kathmandu Valley.

Dorothea Ross travelled widely throughout her life, and was particularly moved by the harsh conditions faced by displaced children in Europe in the aftermath of World War II. Her concern for the health and safety of children grew throughout the 1950s and 60s as a result of extensive travels in the developing world and inspired her to devote her resources to create a Foundation in 1977. Since her death in 2000, the Ross Foundation has worked to alleviate the suffering experienced by vulnerable children and seeks to eliminate the root causes of that suffering when possible. The Foundation’s current grantmaking program focuses on disabled, refugee and trafficked children.