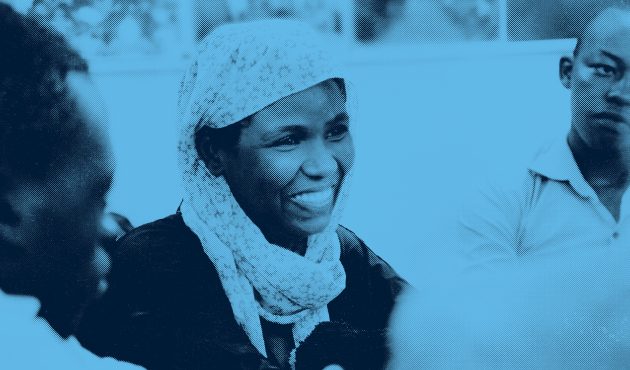 At the Freedom Fund, we passionately believe that survivor-led organisations should be at the forefront of the global movement to end modern slavery.

Yet it is still all too rare for organisations to have survivors of modern slavery in key leadership positions. Those who do have survivor leaders often struggle to get the funding they need to thrive.

So today the Freedom Fund is truly excited to announce the launch of a new trust-based fund which aims to get money directly into the hands of organisations led by survivors of modern slavery – and then trust them to spend it in the ways they think are needed most.

We know those with the lived experience of oppression are often those who have the most innovative, sustainable and dynamic solutions that can truly bring about impactful and lasting change. By providing unrestricted grants direct to those small-scale survivor-led organisations, which would otherwise struggle to gain funding, we hope that we can lift up a new generation of change-making survivor-led organisations.

With a straightforward application process and minimal reporting requirements, the Survivor Leadership Fund will give survivor-led organisations an unrestricted grant of $15,000 which they can decide for themselves how to use. Funding will quickly and efficiently get directly to where it is needed most: to small, local organisations working on the frontlines of the fight against modern slavery. Initially the fund will launch in three African countries – Ethiopia, Kenya and Uganda – with plans to expand across South East Asia, South Asia and South America for future rounds.

Through this and our other innovative programmes – such as the Freedom Rising leadership program for women and survivor leaders, and our Survivor Fellowship program – our aim is to shift the balance of power directly to the frontlines and to those most impacted by modern slavery. Our aspiration is that other funding organisations will follow this model.

Many will also know that the Freedom Fund was itself the beneficiary of a well-publicised donation from MacKenzie Scott on similar terms of trust. This is one way for us to pass forward a similar level of trust that has been placed in us.

We sincerely hope that the Survivor Leadership Fund will offer vital support to small, survivor-led organisations supporting them to grow, build capacity and have sustainable impact, so they can play a leading role in the global movement to end modern slavery.