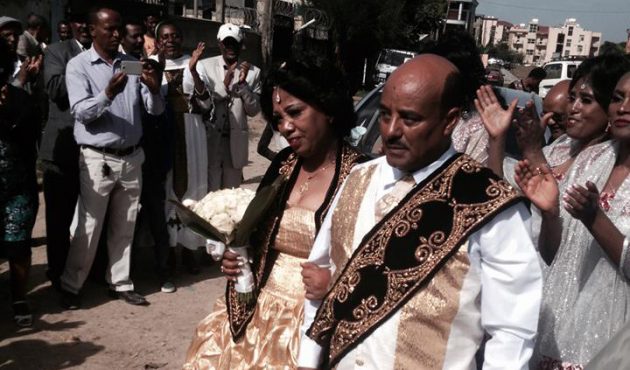 The Freedom Fund’s Ethiopia hotspot promotes safe migration for women and girls travelling to the Middle East for domestic work, and supports education and recovery services for potential migrants and returnees. One of our partners, the Agar Ethiopia Charitable Society (AGAR), reintegrates survivors of trafficking and returnees who had migrated to the Middle East from Ethiopia.

Altaye Tadhios is one of the beneficiaries of AGAR’s services. She received shelter there after returning from Yemen, where she laboured as a domestic worker for 20 years. Altaye lost her parents when she was a little girl, and she grew up in an orphanage without family support. When she reached adulthood, she decided to leave her home, friends and boyfriend behind to find work in the Middle East – a common decision among Ethiopian women seeking economic opportunity.

During her stay in Yemen, Atlaye said she worked different jobs and led a normal life. But when the Yemeni civil war broke out, tragedy struck and she lost all her assets, even the money she had deposited in Yemen’s banks. She returned to Ethiopia empty-handed, suffering from mental and emotional distress.

She recovered once she received treatment at AGAR, after which she began attending skills training classes as part of AGAR’s reintegration process. She enrolled at the Crown Hotel Management Institute to study catering and food preparation, and she graduated after four months with a Certificate of Competence. Following her reintegration, training and certification, Atlaye received seed money to start her own small business.

There is a romantic silver lining to Atlaye’s ordeal. After her reintegration, she reunited with her boyfriend, whom she had last seen 20 years ago before leaving for Yemen. He had been waiting for her to return to Ethiopia, refusing to marry other women for two decades. He didn’t know she had come home, and they randomly ran into each other on the street in their village. They decided to get married in April 2016, and AGAR staff attended the wedding.

Pictured: Altaye during her wedding ceremony.