Anti-trafficking and immigration legislation: the challenge of conflicting policy agendas 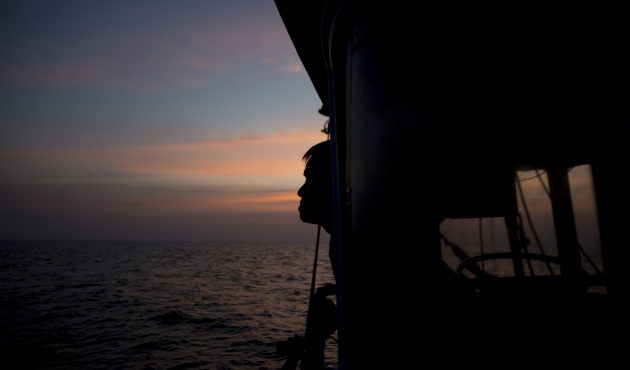 Migrants are particularly vulnerable to human trafficking and exploitation. However, State efforts to govern migration can undermine anti-trafficking efforts. Anti-trafficking discourse is often misused to justify restrictive migration policies and increased immigration enforcement, including deportation. ‘Zero tolerance’ immigration enforcement often has the effect of criminalising trafficking victims. For example, the introduction of hostile environment policies in the United Kingdom – administrative and legal measures designed to create an environment around illegal immigrants that is as hostile as possible, with the goal of getting migrants to leave voluntarily – has created a situation where victims of trafficking or forced labour are discouraged from reporting crimes because they fear arrest or detention for immigration offences.

We have seen the effect of this in our hotspot programs. The majority of the fishing and seafood labour force in Thailand are migrant workers from Myanmar and Cambodia. These workers are vulnerable to trafficking and forced labour practices aboard fishing vessels and in the seafood processing sector. Most arrive in Thailand with debts incurred during the recruitment process, and continuously accrue more debt in a situation of debt bondage that remains commonplace throughout the seafood industry. Although in recent years the Thai government has introduced many new laws to improve anti-trafficking responses and increase convictions of perpetrators, substantial progress has been hindered by the impact of hard-line immigration policies on vulnerable migrant workers. Efforts to manage migrant labour as a national security issue have led to the introduction of registration processes that are overly complex and expensive for workers. Rather than deterring migration, these policies have instead encouraged many workers to turn to brokers or traffickers. New migrant worker registration policies restrict freedom of movement and limit the ability of fishers and seafood workers to change employers. Rather than addressing the systemic causes of abuse in the seafood industry, this approach has had the opposite effect of exposing vulnerable migrant workers to the dangers of exploitation, debt and forced labour.

The precarious immigration status of migrant survivors of modern slavery also increases the risk of unfair criminalisation and arrest. When victims of trafficking are identified by authorities, limited options available for shelter and legal assistance mean that few migrants are willing to participate in legal action against their employers or traffickers. For example, a Thai government policy of requiring victims to remain in official state-run shelters while a case is investigated, during which time they are often unable to work, is a clear disincentive to reporting exploitation. For labour disputes such as claims for unpaid wages, migrant workers are eager to resolve these issues quickly; strict immigration regulations only allow migrants to stay in Thailand for a limited period without employment, making them more likely to accept less than they are entitled to under the law.