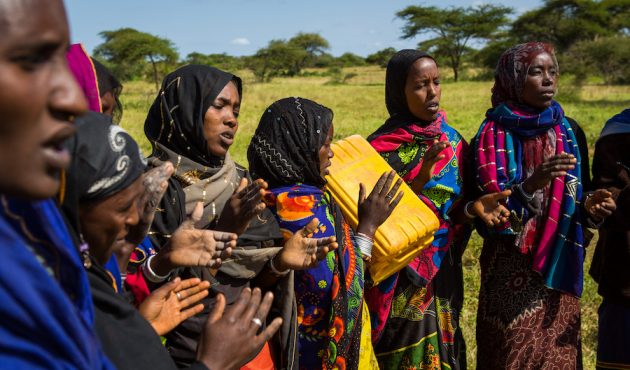 Aster is 31 and resides in Ethiopia’s Amhara region, where many women choose to migrate to the Middle East in search of jobs as domestic workers. Aster left school after completing grade 10, and decided to move back in with her family and helped support the household through a variety of jobs. Life has had its challenges and a friend suggested that Aster should pursue work in Saudi Arabia. Aster told her friend she didn’t have enough information about how to travel to Saudi Arabia, at which point her friend gave her the address of a village broker, who would be able to assist her with the details of the journey.

During Aster’s communication with the broker, he informed her that he would take care of the entire process and upon completion she would owe him 11,000 ETB (approximately $500 USD). She agreed to the brokers’ terms and told her mother about the process. Aster’s mother also agreed, and they decided that Aster would take a loan from her brother to pay the broker.

At around the same time that Aster was preparing to migrate, facilitators from Freedom Fund partner PADET encountered Aster during their door-to-door awareness raising program. The facilitators provided her with useful information to help her make an informed decision about migrating abroad for work. They talked to her about unsafe migration, the challenges of the journey, the migration ban, false information that brokers may provide and details about the destination countries. PADET helped Aster determine whether she was prepared for what was to come.

After discussing with the facilitators, Aster and her mother chose to stop the migration process with the broker. After thoughtfully considering the process, Aster decided that she would go only abroad according to the criteria outlined by the Ethiopia government once the ban is lifted. While she waits for formal migration channels to open, Aster has registered in and is now attending a vocational training course.

The Freedom Fund’s Ethiopia Hotspot supports efforts to reduce the vulnerability of migrants and returnee women and girls to trafficking to the Middle East for domestic work. Read more about our hotspot here.