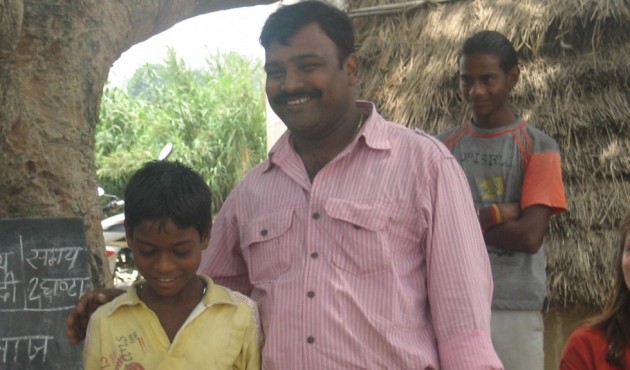 Each year, when the U.S. government launches its report on the anti-slavery performance of each country, it also highlights a few individuals who have made an enormous personal contribution towards the elimination of slavery. Although the report itself often shows that many countries still have a long way to go to develop an adequate response to slavery, the Trafficking in Persons (TIP) heroes provide an inspiring contrast, showing how individuals can transform institutions, raise awareness and change lives through hard work and ingenuity. Bhanuja Sharan Lal, the Director of our local Indian partner organization, Manav Sansadhan Evam Mahila Vikas Sansthan (MSEMV), is a wonderful embodiment of this. 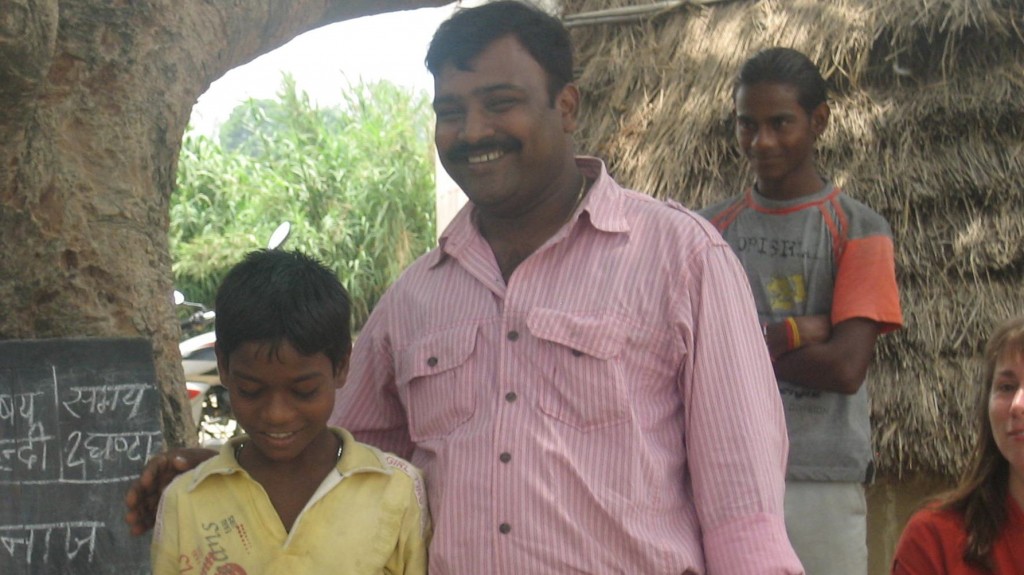 It’s also exciting that the TIP report will draw attention to the MSEMVS model. In the area of north India where they work, slavery is inter-generational, with whole settlements of “low caste” families trapped in bonded labour in the fields and brick kilns. To challenge this, MSEMVS brings together a powerful mix of transitional schools for children coming out of forced labour; the development of independent income for women; community organizing to demand minimum wages; and Vigilance Committees to help people learn about their rights and support each other against the violence of the slaveholders.

Having worked with Bhanuja for a decade (while working for Free the Slaves (FTS)), I’m guessing that when he receives the award in Washington, he’ll be thinking of all of those that he would like to have brought with him.

In the highly-affected districts of north India, Bhanuja works with quite a crowd of heroic individuals, all of whom have put the anti-slavery struggle at the very centre of their lives. Six months ago when I was with him carrying out site visits for FTS, I looked around the meeting of the MSEMVS-supported Federation of former slaves, and I was blown away by the courage of the people with whom I was sitting: Leading the discussion was one of MSEMVS’ staff, a young man who a few months back had been beaten up and rushed to hospital when the slaveholders’ thugs ambushed the vehicles taking rescued slaves to give testimony at the police station. Among the group, I could also see a young woman, who had been rescued from forced marriage and after recovery, she started teaching vocational skills to self-help group members, and then she became a teacher at an MSEMVS transitional school. And one of the most vocal participants was a man I had met a year back. At that time he was clearly still recovering. He had escaped from a brutal situation of slavery at a brick kiln and had run to where he knew there was an MSEMVS group. With their help, he arranged the rescue of 5 others from the kiln. But later the slaveholders came after him, beating him up and leaving him for dead by the side of the river. Now he is pursuing his legal case and involved in the Federation.

Bhanuja’s team has taught me countless lessons about what works. Here are just a few:
We need to be patient while those in slavery or at risk of trafficking figure out ways forward. In my first site visit, we spent some hours listening to a group of village residents, expressing their hopelessness about ever getting out of the control of the landlords. Their confusion was truly awful. I wondered why Bhanuja didn’t tell them what to do. Three years later, I visited again. Every single family was out of slavery, the children transitioning into the village school, the women’s group getting their first major loan from the local bank, and the community serving as a beacon of hope to surrounding groups still in slavery. 10 years later, over 150 communities have done the same. There aren’t any short cuts.

Each individual matters. We need to focus on the efficiency of our large scale strategies, but when I saw Bhanuja quietly checking on whether a cut on a child’s foot in one of the transitional schools was healing alright, I realized why people are drawn to this movement. This care for each person seems to characterize the work of all of his team, so that while they work in over 300 villages, if a slavery survivor is in difficulties, somehow he or she will become the first priority.

Survivors’ voices must be central. Anti-slavery organizations need to show what we are doing to help, and sometimes when we do that, the importance of the actions of those most affected, and their ideas, can be lost. Bhanuja has been helping former slaves who want to speak out. At an MSEMVS press conference last year, several survivors spoke for the first time at a public event about what they are doing to liberate others. Bhanuja had much more stage fright on behalf of the survivors than they had for themselves, disappearing for some time to walk around outside to regain his calm.

Today we are toasting Bhanuja’s achievement. I am delighted that the Freedom Fund is working closely with MSEMVS, and we will soon be bringing independent researchers in to verify the results they are achieving. The research will not only measure the elimination of slavery in these locations, but will quantify the wider social and economic benefits when whole communities find their way to freedom.