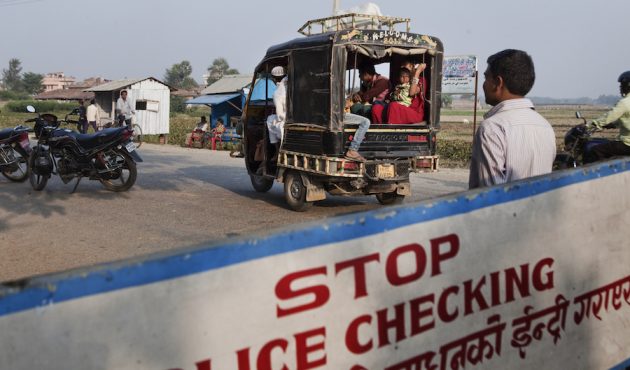 Our partners in central Nepal work to reduce the number of children at risk of commercial sexual exploitation in the adult entertainment industry. They’re helping to prevent children from entering the industry, remove children from situations of exploitation and ending their recruitment. The Center for Legal Research and Resource Development (CeLRRd), a legal NGO, plays an important role in our hotspot. It provides technical support to partners to raise awareness of the legal rights of workers in the adult entertainment sector (AES). It also provides capacity building for relevant stakeholders, such as the police and local government, and manages cases of commercial sexual exploitation of children and other crimes against AES workers.

Freedom Fund hotspot partners have established an informal case referral system in which CeLRRD provides partners with legal aid and support to register cases with the police and lead the prosecution against a perpetrator. For example, a case referred to CeLLRd by our partner Women Forum for Women (WOFOWON) involved the liberation of a bonded AES worker. The 22-year-old woman is a single mother with a three-year-0ld son who was working at a hotel in Kathmandu. After a few days at work, the venue’s owner forced her to have sex with customers. When she refused, he beat her. Not knowing what to do, she submitted initially, but the situation deteriorated quickly as she was soon asked to serve four customers a day.

Unable to bear the physical and sexual abuse, she escaped her situation with her son and sought help from WOFOWON, which operates drop-in centres. WOFOWON then asked CelRRd to provide legal support, after which the perpetrator was arrested, prosecuted under the Human Trafficking Transportation and Control Act, and sentenced to imprisonment. Our partners believe this informal case referral system offers great potential to elevate cases all the way to the courts, which could be an effective deterrent to potential perpetrators and a valuable resources for victims to access redress.

Find out more about the Freedom Fund’s central Nepal hotspot.