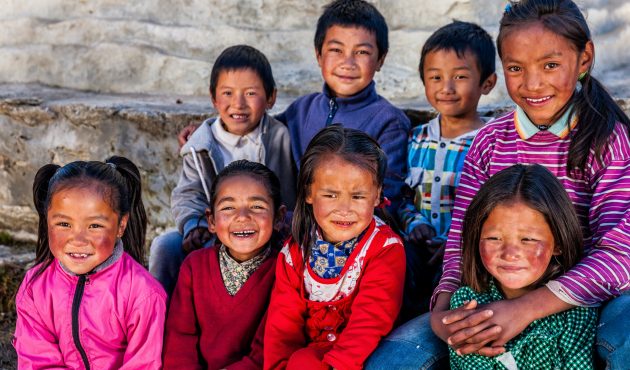 The Freedom Fund’s Central Nepal Hotspot aims to dramatically reduce the number of children exploited in the adult entertainment industry in Kathmandu.

Most of our 13 partner organisations work with women and children, providing psychosocial support, legal advice, livelihood trainings and shelter to help them leave situations of exploitation and reintegrate into their communities.  This work transforms lives, but we know that rescue is only half the story. Ending the exploitation of children in Nepal means dismantling the entrenched systems that allow slavery to persist.

Internal and foreign migration in Nepal has surged in the past ten years. Poverty, slow economic growth and few employment opportunities in rural areas drive many to seek jobs farther afield. Targeting these root causes of exploitation lies at the heart of the Freedom Fund’s model. On my most recent visit to Nepal, I wanted to see our trafficking prevention programs up close, and to understand how that work can be scaled.

I set off for Sindhupalchowk, one of Kathmandu’s ‘source districts’ where many girls exploited in the adult entertainment sector originate. This district is one of Nepal’s poorest despite being close to the capital. Its development has been further hampered by natural disasters such the 2015 earthquake, which affected 40% of the population and increased vulnerability to trafficking.

Here we visited one of our partner organisations, Gramin Mahila Srijansil Parivar (GMSP). GMSP was founded in 1993 by rural women from Sindhupalchowk, and they have pioneered community group structures aimed at protecting children and preventing trafficking.

We travelled with GMSP into the mountains to visit representatives from two Community Vigilance Committees (CVC) and from the Village Vigilance Committee (VVC). The group members were all volunteers, but I was impressed by their drive and enthusiasm. Living in the heart of the communities they monitor, they talked about the at-risk children they identified and connected to support services.

One CVC member proudly spoke of their group gaining the knowledge and confidence to hold officials to account. They had discovered that a local official was issuing passports with false birth dates, allowing underage girls to get around the minimum legal age requirement to work abroad.

“We went to the official and told him he must stop this practice or we would take the matter to the district level,” one CVC member told me. “Before, we wouldn’t have felt confident to challenge an official, but with the support of the GMSP’s Community Mobiliser, we know the law and we know this wasn’t right.”

The group’s drive and determination strengthened my belief in the power of communities when they take back control. Working together, groups like this vigilance committee can become powerful drivers of systems change. Across the Central Nepal Hotspot, the Freedom Fund’s partners currently support over 270 Community Freedom Groups. These include vigilance committees, child protection committees, girls and youth groups and saving and loans groups. In 2016 over 6,000 people were actively engaged in these groups.

My visit to a girls group in central Nepal taught me that each individual member has the potential to challenge cultural norms in their communities. The group’s chairperson explained that child marriage was an important issue in their community.

“Once we heard that a girl in our school was going to be married, our group went to visit the family and convince them not to go through with it!” she said.

Empowering community groups creates a ripple effect that drives change from the bottom up. At the Freedom Fund, we’re proud to help communities reclaim their independence.

Find out more about the Freedom Fund’s Central Nepal Hotspot.