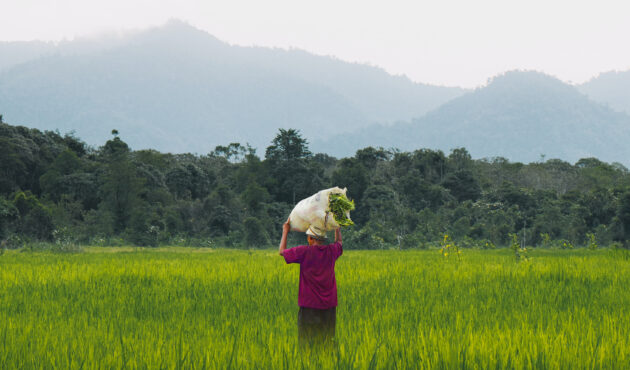 Following a successful launch in October, the Freedom Fund will expand the existing Tariff Act Legal Fund through a second round of grant funding in May 2022.

Governments are increasingly considering trade enforcement action as part of their efforts to address forced labour in global supply chains. Following in the footsteps of the U.S. Tariff Act, Canada has started to implement its newly introduced forced labour import ban, and in February the EU announced its intention to prepare a similar instrument. Civil society has a critical role in supporting the enforcement of these mechanisms, by providing evidence of forced labour goods entering consumer markets.

The Tariff Act Legal Fund provides grants of up to US$50,000 to civil society organisations to gather evidence linking forced labour practices with goods imported into the United States. Our goal is to support civil society to utilise section 307 of the U.S. Tariff Act to build pressure on businesses to improve human and labour rights standards in global supply chains.

In May 2022 we will launch a second round of funding via a global request for proposals. In total, our goal is to support ten investigations over the next two years.

What is the Tariff Act?

Section 307 of the U.S. Tariff Act prohibits the importation of goods into the United States that have been mined, produced or manufactured with forced labour. Since an amendment in 2016, U.S. Customs and Border Protection has issued over 30 detention orders of goods suspected of being made with forced labour overseas.

This law is a powerful trade tool that can be used to curb forced labour in global supply chains, by compelling businesses to adopt rigorous due diligence measures to avoid the penalty of having their goods detained.

What are the aims of our Legal Fund?

The Tariff Act Legal Fund provides funding to civil society groups to conduct on-the-ground investigations of forced labour in the production of goods, collect evidence of their import into the U.S. and provide this information to U.S. Customs and Border Protection.

The Fund plays an important role in increasing the number and diversity of groups across the globe that are engaging with the Tariff Act as part of their work. By supporting civil society to submit petitions, we hope to raise the profile of the Tariff Act and build momentum around its use as a mechanism to combat forced labour in global supply chains.

Civil society organisations, watchdog groups, trade unions, worker groups and investigative journalists are invited to apply for a grant of up to US$50,000.

We are particularly interested in receiving applications from groups based in the Global South, or partnerships between international and local groups.

The request for proposals will be launched on 3 May. The deadline for applications will be 10 June 2022.

Further information on the Legal Fund and the application process is available in our FAQs.