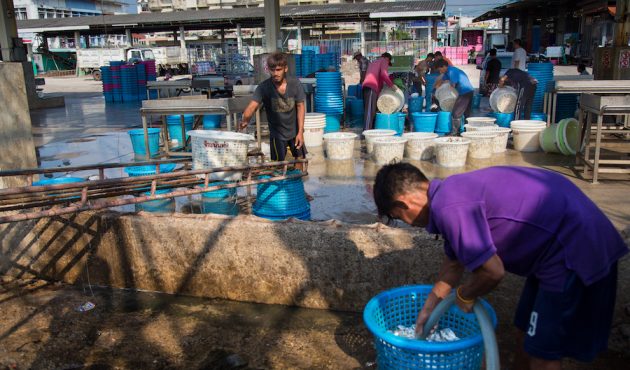 Although slavery is illegal in every country, perpetrators routinely escape prosecution while being handsomely rewarded for their crime – with forced labour generating an estimated $150 billion in profits each year. Some accused of abuses repeatedly sue the activists documenting their alleged crimes in an effort to close down scrutiny.

Multinational corporations are rarely directly responsible for the forced labour of men, women and children in the factories, farms or mines that supply their goods and services. However, when sourcing from countries with very low wages and weak rule of law, they can profit indirectly from the forced labour of workers exploited by their suppliers. Because such exploitation usually happens many levels down the supply chain – often in developing countries with minimal protections for vulnerable workers – perpetrators and those benefiting from their crimes are rarely held to account. And without accountability the business model of slavery continues to flourish.

At the Freedom Fund, we believe that the private sector is a key actor in the fight against slavery. Through our program on transparency in supply chains, we incentivise and support corporations to improve their business practices. Globally, many are taking positive steps in the right direction.

However, we also believe that when corporations egregiously fail to live up to their responsibility to prevent slavery and forced labour, they should be held accountable. Strategic litigation is one of the tools being used by NGOs, activists and lawyers to close this corporate accountability gap. As highlighted in our report, Ending Impunity, Securing Justice, anti-slavery strategic litigation has the potential to not only punish perpetrators but also change corporate behaviour by increasing the costs to businesses profiting from slavery.

But, sadly, reports and scrutiny alone will not change the behaviour of bad actors. As a result, the Freedom Fund has recently begun directly funding activist NGOs pursuing anti-slavery strategic litigation against those knowingly profiting from slavery, making grants totalling some $700,000 over the last two years. These grants are supporting ground-breaking legal efforts across the world – from criminal proceedings against European companies implicated in widely publicised abuses of South Asian workers on construction sites in Qatar; to supporting migrant workers and activists in Thailand being sued for criminal defamation by corporations against which they have alleged forced labour practices.

These efforts are illustrative of broader developments in the international legal landscape that are making it increasingly challenging for corporations to continue with business as usual in situations where there is a credible risk of forced labour. Since the UK adopted its landmark Modern Slavery Act, other countries have begun to roll out their own legislation aimed at spurring greater supply chain transparency. Australia, for instance, has committed to introduce national legislation to this effect by the end of the year. Some, such as the French duty of vigilance law, are going even further by allowing victims of slavery to pursue justice against corporations that have failed to effectively carry out due diligence of their transnational operations.

We hope that, as accountability increases, executives of multinationals in high risk locations and industries will become increasingly alert to the presence of slavery in their supply chains and change their business practices accordingly. And, if they don’t, we trust that in time such corporations will suffer legal and reputational consequences.