The departure of our Managing Director for North America 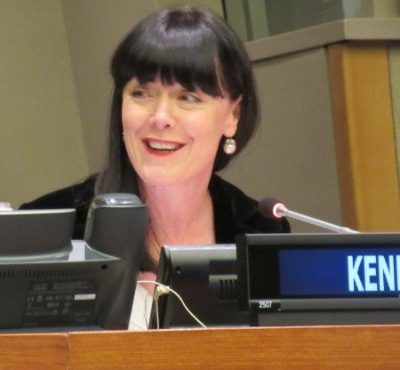 “Kate has been a truly dedicated advocate of anti-slavery efforts over the past decade, and has led the Freedom Fund’s North American operations with great commitment and dedication since November 2015”, said Freedom Fund CEO Nick Grono.

In her Freedom Fund role, Kate has been a passionate and articulate spokesperson for the organisation and anti-slavery efforts in North America, engaging with the UN, U.S. State Department and other governments at the highest levels, and actively participating in key conferences and panels to advance the movement to end slavery. And she has successfully recruited and managed a highly productive NY team, which now oversees global communications, external relationships and partnerships for the Freedom Fund in North America.

“It is really difficult for me to leave such a wonderful and impactful organisation, but it is now time for me to return home with my family” says Kate Kennedy. “I’m very proud of all that my team and I have achieved at the Freedom Fund. I am particularly pleased with our efforts to bring representation of survivors’ stories and the realities of frontline interventions to key public debates.”

Under Kate’s leadership, the Fund’s North American team has played a significant role in generating some $8 million in new commitments for Freedom Fund programs and frontline partners. She has also played a key role in supporting the stewardship of existing investors in the Fund.

“I’m sure that all friends and supporters of the Freedom Fund will join with me in thanking Kate for her truly dedicated service to the Fund and the movement” said Nick Grono. “We wish her spectacular success in the next stage of her career.”