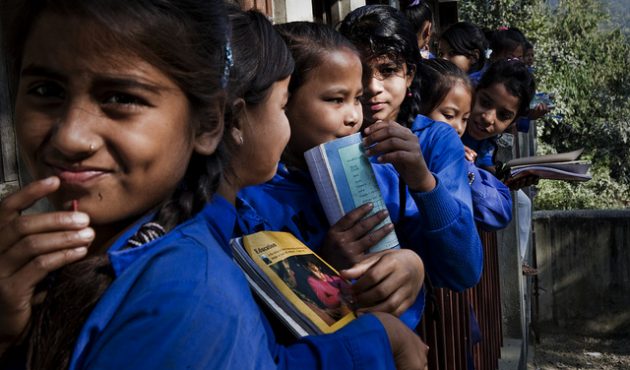 Our partners in central Nepal work to reduce the number of children at risk of commercial sexual exploitation in the adult entertainment industry. They’re helping to prevent children from entering the industry, remove children from situations of exploitation and ending their recruitment.

Biswas Nepal is a member organisation comprised of adult entertainment sector workers that advocates against injustice, exploitation and violence experienced by women and girls working in the sector. The members’ lived experience makes them uniquely placed to provide a credible and authoritative voice on behalf of exploited women and girls.

The Freedom Fund was one of the first donors to directly fund Biswas Nepal and invest in its organisational development and leadership, with the goal of ending the commercial sexual exploitation of minors in Nepal’s dance bars and cabin restaurants. The goal of Biswas’ Freedom Fund project is to reduce the involvement of minors in industries in which commercial sexual exploitation is prevalent, predominantly in the adult entertainment sector. Since then, Biswas has developed from an informal entity into an established and effective anti-trafficking organisation.

When Alina was 11 years old, she was recruited by a former neighbour to start working as a waitress in a dance bar. Initially, she earned $7 each month. However, her former neighbour would confiscate her salary and physically abuse Alina. When the owner learned about this situation, he moved her to another bar. However, Alina still had to send the majority of her income home to her father and she was not able to save for herself in order to advance her own position in life.

Alina came into contact with Biswas Nepal through outreach activities, and she was assisted to withdraw from the adult entertainment sector. Initially, Biswas gave Alina health and psychosocial services as it was clear that she had experienced severe sexual exploitation. As Alina began to open up about her past experiences, Biswas learned that she was preparing to travel abroad with the assistance of traffickers who were forging her documents to hide that she was underage.

Alina has shown some positive changes since she started visiting Biswas. She presents as happier, with greater self-confidence. Alina actively participates in activities and services offered by Biswas, and she is interested in sharing what she has learned with others in similar situations. She continues to explore the idea of travelling abroad, and Biswas has provided her with information about safer migration and the risks of exploitation. The Biswas team continues to support Alina’s recovery as she pursues a better life.

Learn more about the gender dimension of slavery in our new report: ‘Her freedom, her voice: Insights from the Freedom Fund’s work with women and girls‘.

Find out more about the Freedom Fund’s central Nepal hotspot.