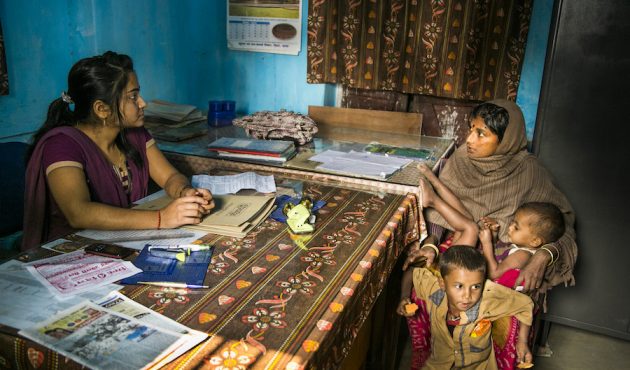 Obtaining evidence is vital to securing a conviction. In our hotspots, weak evidence collection processes in human trafficking cases is one of the key factors contributing to low conviction rates. In India and Nepal, registration of a First Information Report (FIR) is the crucial first step in any criminal investigation. However, evidence from our programs shows that in many trafficking cases FIRs are often delayed or are never submitted by police, forestalling prosecutions. Local partners in the central Nepal hotspot note that police often use their discretion in registering a FIR, depending on whether they believe the victim’s allegations. Furthermore, research into the low conviction rates in the northern India hotspot found that in the majority of trafficking cases surveyed police had taken up to four years to file a charge sheet, the investigative report sent to the court that sets a trial in motion. These delays undermine the criminal justice process. Years after they have left a situation of trafficking or bonded labour, survivors are likely to be reluctant to testify against their traffickers in court. Without robust evidence or witness testimony, perpetrators of slavery offences are able to walk free and continue their crimes.

Investigations into prosecutions of child trafficking and child labour in our Rajasthan hotspot uncovered serious weaknesses in evidence collection processes. An analysis of FIRs for rescues of trafficked children submitted by police stations in areas of high trafficking in Jaipur found that nearly half of these cases were closed by the district court for lack of evidence. According to the research, delays in the prosecution of these cases resulted in victim statements being recorded more than three years after trafficked children had been repatriated. During this time, survivors are likely to forget vital evidence. Requiring a child or adult survivor to recount their experience several years after it occurred can also lead to re-traumatisation. The challenges associated with obtaining child trafficking survivors’ testimony makes it especially important for police to secure robust evidence against the accused. A key objective of the Rajasthan hotspot program is to improve the quality of evidence collection by law enforcement operating in areas of Jaipur with a high prevalence of child trafficking. NGO partners are therefore monitoring the content and quality of FIRs and charge sheets filed in child trafficking cases, as well as delivering training to local police to improve evidence collection.