CLOSE
Home / Private: Newsroom / Blog / Ethiopia / “I’m a different person from what I used to be”: Tayitu’s story

“I’m a different person from what I used to be”: Tayitu’s story 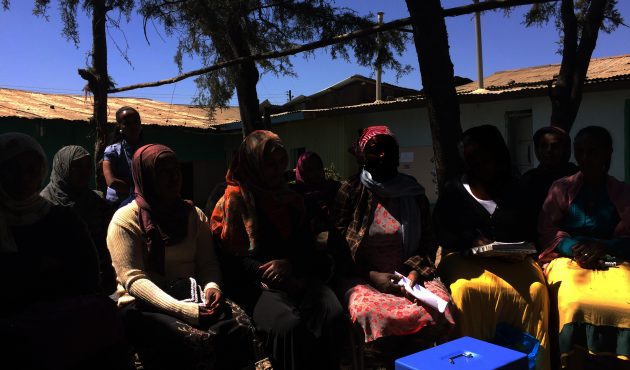 Over the past decade, many Ethiopian women and girls have been trafficked to the Middle East for domestic work. In transit and on arrival, these women are at high risk of abuse, exploitation and falling into situations of slavery. Women returning home from abusive working conditions are often in dire need of mental health support.

Tayitu, 27, is a mother of two who returned home to Ethiopia after spending six years in the Middle East as a domestic worker. Like many women who come home after working abroad for a long time, Tayitu found it challenging to reintegrate with her community. She was stigmatised by her family, and her relationship with her relatives became so strained that she felt she had no choice but to return to the Middle East. The Ethiopian government’s ban on migration prevented her from making the trip legally, although many women enlist the services of brokers who smuggle them across borders. Since she didn’t know what would happen to her if she left, Tayitu decided against the trip.

She went instead to Addis Ababa, Ethiopia’s capital, where she met a Hope for Children livelihood officer. Hope for Children is one of the Freedom Fund’s partners working to empower vulnerable women and girls through general counselling and vocational training. After meeting with the officer, Tayitu joined a Hope for Children self-help group, and although she initially found it difficult to communicate with the group’s members, the support she received from them her after she gave birth to her second daughter was invaluable.

“I’m a different person from what I used to be,” Tayitu said. “I have come out of my shell!”

She found the members of her group to be trustworthy and reliable when she needed support the most. The group helped her develop entrepreneurial and social skills, which allowed her to start a successful baking business in Ethiopia with her peers.