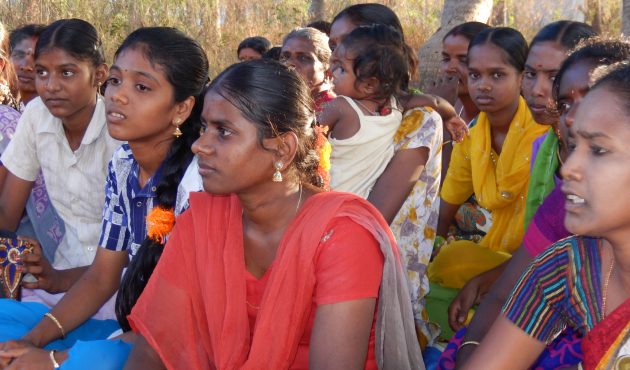 In the Indian states of Uttar Pradesh and Bihar, the Freedom Fund is investing in a comprehensive intervention, supporting 22 partners to address all forms of bonded labour and trafficking across 27 districts. In this hotspot, bonded labour is especially common in agriculture, brick kilns and stone quarries, the commercial sex industry, and domestic work.

Freedom Fund partner MSEMVS has focused strongly on the eradication of bonded child labour. MSEMVS helps residents establish Community Vigilance Committees, a process through which groups of freed bonded labourers come to freedom by exercising collective power. Residents are trained on how to identify trafficking and trigger rescue operations, how to track the migration of workers and prevent unsafe migration and how to pursue their legal rights and government entitlements.

Twelve-year-old Sangeeta* and her four sisters used to work with their parents in a brick kiln. Even though they all worked many hours each day, the brick kiln owner did not pay sufficient wages. When they asked for an increase in their wages, the owner began to physically abuse them.

One day, an MSEMVS staff member came to their community and explained the project activities in the area. As a result, Sangeeta’s father joined an MSEMVS Community Vigilance Committee, and collectively they are pressing for improvements at the kiln. The family enrolled Sangeeta in MSEMVS’ transitional school for out-of-school youth.

Sangeeta became increasingly aware of the importance of education and helps the other students in school. They also learn about issues like unsafe migration, human trafficking and debt bondage. Sangeeta is passionate about what she’s been learning and has become an active member of the children’s forum, which meets with village officials to try to improve conditions in the area.