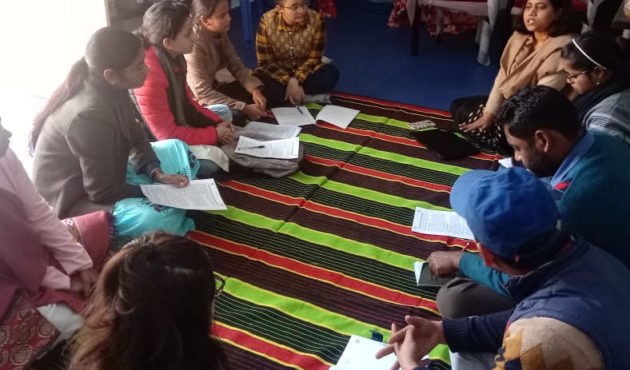 We all know that to bring large numbers of children out of the worst forms of labour exploitation, we need leadership from government and business – which is what we are now seeing in India’s historic city of Jaipur.

Since the Freedom Fund and our partners launched the Child Labour Free Jaipur initiative (CLFJ) in the state of Rajasthan a year-and-a-half ago, we’ve witnessed impressive achievements in Jaipur against child labour – including strengthened legal sanctions against child traffickers. There has been an unprecedented number of convictions resulting in imprisonment of traffickers, accompanied by a high profile commitment by Rajasthan’s government to eradicate child labour.

These are hugely welcome developments because, before 2018, many employers in Jaipur exploited children for bangle making, embroidery and other handicrafts, with few risks of penalties. Typically, when rescue operations happened, the liberated children were seamlessly replaced with newly-trafficked children. Legal cases were barely moving through the courts. Prosecutors and judges were not sufficiently sensitised to the issue; the evidence was weak, and children were subject to threats from traffickers and subject to hostile treatment as witnesses in the judicial system.

This all started to change in January 2019 when Jaipur’s government vowed to make the city free of child labour. CLFJ is building on this historic commitment, employing an ambitious strategy to tackle exploitation at its roots that extends far beyond successful prosecutions of traffickers.

With leadership from key government departments, CLFJ took multiple actions to help to strengthen prosecutions that led to fundamental change. In August 2019, a landmark trafficking conviction was achieved in Jaipur. The city’s courts are now committed and focused on taking swift action against child traffickers. Jaipur is becoming India’s leading city in enforcing the country’s laws against trafficking.

In the past six months, five convictions have been achieved, three of which have sentences of life imprisonment. It has been reported that these are the first convictions in India in cases of child labour using the key Indian Penal Code section that carries more serious penalties (Trafficking of a Minor – 370(5)). For the first time, traffickers in Jaipur are now being confronted with very real consequences for their exploitation.

Momentum is continuing to build: over the past six months, CLFJ partners have helped 66 children to come back to Jaipur to testify against traffickers with the support of committed lawyers. Our partners have also helped improve the resolve and capacity of public prosecutors and judiciary. In the state of Bihar, where many of the children come from, CLFJ partners have worked with the police to provide witness protection to children giving testimony.

While we recognise that further progress is needed in Jaipur, the new government funding demonstrates Rajasthan’s resolve against child labour. From all of us at the Freedom Fund, we express our gratitude to our local partners and investors, and co-implementer British Asian Trust, all of whom make this work possible and enable us to collectively transform the lives of vulnerable children.

Pictured: Volunteer counsellors being trained to give immediate counselling and support to children at the time of rescue