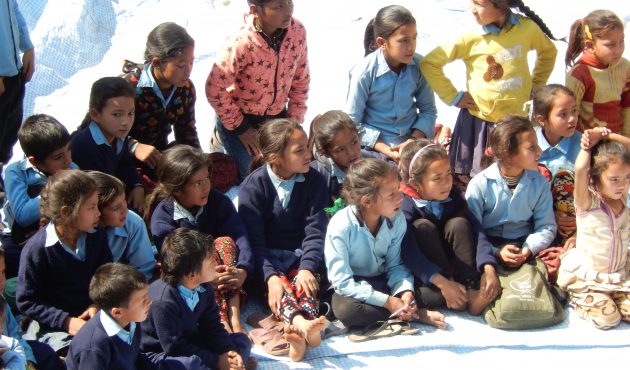 Those of us working to end human trafficking and modern slavery get to see humanity at its darkest and most depraved. Too often it seems as though the extreme exploitation inflicted upon the most vulnerable people around the world is without an end. But there is good reason for hope too, because we are now learning there are powerful tools readily available to combat and end such abuse.

The abuse itself takes many forms: sexual enslavement of Yazidi women and girls; sex trafficking of Rohingya women fleeing ethnic cleansing in Myanmar; migrant men and boys incarcerated on Thai fishing boats to produce the seafood for our supermarket shelves; adolescent boys and girls locked up in south Asian factories and workshops to produce low-cost clothes and goods for insatiable Western markets. While the forms of abuse are myriad, the substance is the same – the control of individuals through the use or threat of violence, to exploit them for labour or sex. The best estimates are that over 40 million people around the world are currently living in a state of modern-day slavery.

Confronted with such appalling exploitation, we often respond in two contradictory ways. The first is usually horror at the capacity of people to abuse the most vulnerable in our societies. And, too often, the second is grudging resignation to the fact that vulnerable communities have been abused by the more powerful for millennia, and an assumption that little can be done to change that in societies where powerholders are not held in check by the rule of law.

But such resignation is misguided, at best. The lessons of history, and of the modern anti-slavery movement, are that, with the right support, vulnerable communities can access power to resist extreme exploitation, and rebuild afterwards. This is not always the case, and rarely in the midst of raging conflict – but most of the world’s victims of modern slavery today do not live in conflict zones; they live in poor and marginalised communities with little or no access to the rule of law.

The key to the empowerment of such communities is collective action, as it helps redress the disproportionate power imbalances that enable one group to freely prey upon another. Mahatma Gandhi showed how collective, non-violent, action could humble the mighty British Empire. Collective action also played an important role in the end of the trans-Atlantic slave trade, though recognition of that often takes a backseat to the focus on the role of William Wilberforce. The action took the form of the often fierce resistance of those being enslaved, along with the mobilisation of citizens throughout the United Kingdom to bring economic and political pressure to bear on those profiting from slavery. Such mobilisation is often the only way to ensure that governments belatedly live up to their responsibilities to their marginalised communities.

Done properly, this mobilisation can be hugely effective. The organisation I lead, the Freedom Fund, works with such communities in places like Ethiopia, India, Nepal and Thailand. We partner with groups of local frontline organisations close to the exploited communities. These organisations work hand in hand with communities to help them understand their rights and assert them; to get government officials to do their jobs and crack down on trafficking; to assist community members in getting less exploitative jobs; to provide lawyers to fight their cases; and to ensure they get access to government benefits and medical help and counselling when needed.

Several recent evaluations of our community-based programs in India by leading research organisations have documented a sharp reduction in the prevalence of debt bondage – a slavery-like practice that is still common within India’s caste system but is illegal under Indian and international law. Between 2015 and 2018, the prevalence of households in bondage in our target areas fell from an average of 56% to 11% – equivalent to 125,000 women, men and children freed from extreme exploitation.

What’s more, the proportion of households with a child in bonded labour dropped dramatically, while child marriage and school drop-out rates declined by half – clear demonstration of the power of an effective community-based program which builds the power of those it serves.

The key lesson from our work and these findings is that we don’t need to resign ourselves to vulnerable communities being horrendously exploited. Working closely with these communities, and frontline partner organisations, we can bring an end to this historic abuse, and ensure that the tens of millions currently enslaved around the world have a much brighter, freer future ahead of them.