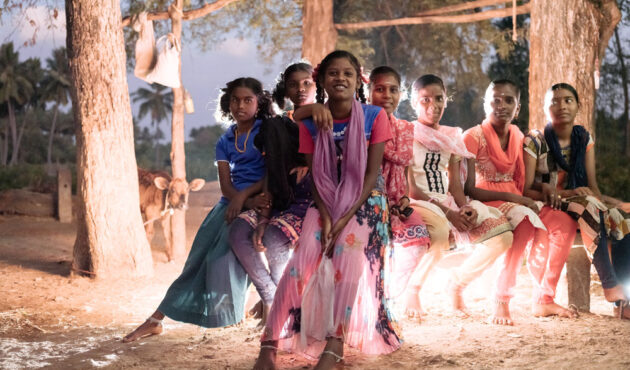 On 10 March 2022, I was delighted to join a panel of inspiring activists and researchers for a lively, compelling discussion about how gender-based discrimination drives the exploitation and abuse of women and girls and what we need to do to break the vicious cycle. It was not only my first in-person event for a long time but also my first opportunity since I moved from India to London to join the Freedom Fund as Director of Programs in late 2021 to meet a range of allies committed to tackling modern slavery.

The event, to mark International Women’s Day, also saw the launch of our new Gender Inequality and Modern Slavery report which reflects on the work of our frontline partners in eight countries across three continents, to surface the ways in which women and girls continue to be vulnerable to violence, abuse and exploitation.

In some ways, we have come a long way since I facilitated a group discussion with women working in a stone quarry in northwest India where their wages were the lowest, ranking not only behind those offered to men, but also the pay that boys received. Women faced further indignity being told to wear lipstick and bangles when they came to mark in the register that they had arrived for work. They told me this and said no more. No more needed saying.

The hierarchy persists of who does what work and why. In Ethiopia, for instance, almost all child domestic workers are girls, with the role often seen as preparation for managing a household later in life. In Brazil, most victims of commercial sexual exploitation of children are girls of African ancestry. There are multiple, intersecting marginalisations at work in these examples drawn from our report and, in them all, gender compounds vulnerability, violence and the denial of dignity.

Let’s redouble our efforts to challenge this injustice. Every step, big or small, that we take to shift power for and to women will not be in vain, and our report highlights a number of strategies that we know work. Let’s invest in developing leaders: women who not only lead women’s groups but whole communities. Let’s invest in developing women as problem-solvers: allies who help their communities achieve success. Let’s listen to survivors so we can understand the intersectionalities and get better at seeing survivors as whole human beings – for this is the only way in which we will be able to truly collaborate and grow our movement.

Above all, let’s invest in joy. It should not be enough for us that a girl finishes school or that a woman secures a decent job. Our aspiration should be that all women look up at the sky and know there are no limits to what they can achieve. I look forward to collaborating with our partners and allies as we invest together to advance supportive communities where women and girls can freely contribute to an equitable world.