Generating community-based protections against trafficking & violence, after the Nepal earthquake 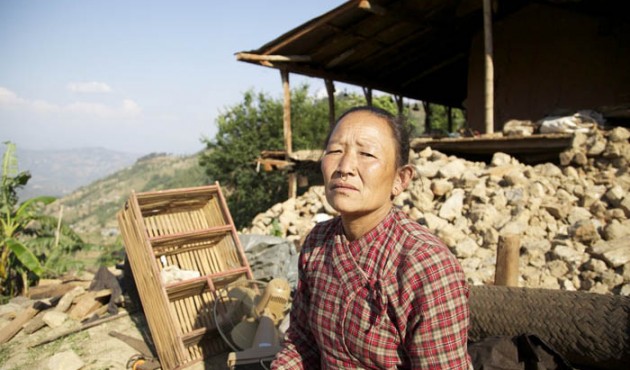 After the massive earthquake in Nepal almost a year ago, the crisis conditions posed special risks of sexual violence, exploitation and trafficking. The Freedom Fund provided grants to 11 Nepali grassroots NGOs totalling $62,000, to rapidly assist those most at risk. But, in addition, in the areas where relief agencies could barely reach, even to deliver emergency supplies, we could see that local residents themselves needed to be able to protect individuals who were at risk. So in Sindhupalchok district, we supported a project to train 81 frontline community workers – most of whom had themselves lost their homes.

In this impossibly difficult context, we wanted to understand what exactly these workers were witnessing in terms of increased trafficking and exploitation, and whether they could realistically take any actions. At the training workshops, the participants made their own action plans and then, after three months and six months, our NGO partners interviewed 33 of them to find out what the participants actually did.

At the training workshops, the frontline workers gave a vivid picture of specific increased risks and gaps in the humanitarian response. But as we found out through the interviews, they also demonstrated an astonishing capacity to organise practical protections for women and children in the temporary camps, as well as to identify and rescue people in trafficking cases, and arrange access to government emergency schemes. The participants came up with important recommendations for improving protection of human rights during future disasters. We’re now disseminating these ideas to international humanitarian agencies.

A report has been published from the project, Understanding Vulnerabilities and Strengthening Response. To undertake the work, we supported Swatantrata Abhiyan, Gramin Mahila Srijansil Parivar (GMSP) and Free the Slaves Nepal. GMSP’s office was destroyed by the earthquake, and its staff were mostly in temporary shelters while undertaking the training and research.