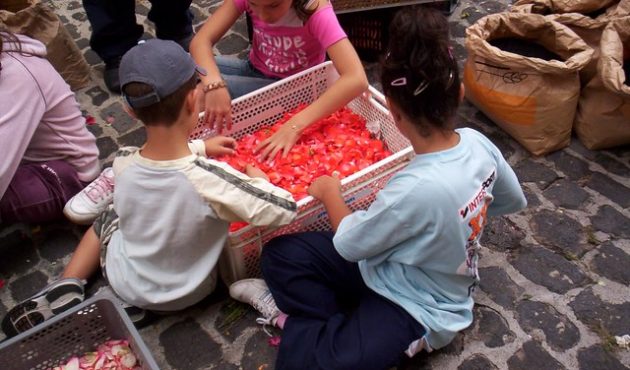 Joseph Wilde-Ramsing (Centre for Research on Multinational Corporations (SOMO and OECD Watch) and Manon Wolfkamp (MVO Platform) explain why this law should be welcomed as an important step toward broad due diligence legislation in the Netherlands and internationally.

A historic step was taken in the Netherlands last month when the Dutch Senate voted to adopt the Child Labour Due Diligence Law. When the law enters into force, all companies selling products on the Dutch market will be required to show that they are addressing the issue of child labour in their global supply chains. This law is an important step towards the adoption of mandatory due diligence legislation in the Netherlands and Europe, which we feel is absolutely necessary for addressing business-related human rights and environmental impacts.

The new law requires companies to submit a statement to regulatory authorities declaring that they have carried out due diligence related to child labour in their global supply chains. If there are indications that a company’s products or services were produced with child labour, individuals and organizations can file a complaint with the regulator. The law provides for substantial enforcement measures including fines and even imprisonment of company directors.

The devil is in the details

A number of key questions – such as when the implementation of the law will begin, what the statement should include, what exactly constitutes sufficient due diligence, and which government body will actually be in charge of regulating and enforcing the law – remain unanswered for now. These elements will be specified in the General Administrative Orders that now need to be developed by the Dutch government. The law’s effectiveness will largely depend on how these administrative orders take form.

Important context for this new law was the Dutch government’s policy (since 2014) of encouraging those Dutch business sectors most at risk of having a negative impact on human rights and environment to negotiate responsible business conduct (RBC) agreements with Dutch civil society, trade unions and government. Agreements have been concluded in eight sectors, including garments and textile, banking and food products. Participation in these agreements is voluntary, reflecting the Netherlands’ traditional approach to corporate accountability, which is largely built on measures that try to either encourage or incentivize companies to behave responsibly without requiring them to do so.

Many Dutch businesses fiercely opposed the Child Labour Due Diligence Law, claiming that the RBC agreements – some of which seek to address child labour – needed more time to be successful. However, a group of over 40 Dutch companies, led by chocolate maker Tony’s Chocolonely, and including several high-profile companies like Heineken and ABN AMRO, supported the law. This support, combined with civil society’s success in reframing the debate by arguing that a binding law was necessary to set a minimum threshold and eliminate free-riding, thereby complementing the RBC agreements and creating a “smart mix’ of voluntary and binding measures, helped to convince senators to vote in favour of the law.

Despite its flaws, perhaps the greatest contribution of the law is symbolic in nature. It represents a breaching of the “legislation barrier”, an important threshold facing many countries in the area of corporate accountability. This allows civil society to move on and start the debate on more comprehensive due diligence legislation that encompasses businesses’ impacts on all human rights.

A stepping stone toward a growing international trend

SOMO, along with many other Dutch civil society organisations and trade union members of the MVO Platform, is already at work developing such a law. This work is being generously supported by the Freedom Fund. While it might sound premature to start pushing for this before the implementation of the child labour law has even started, the debate surrounding the law revealed that there is both political room and appetite for a broader law in the Netherlands. Two parties who voted against the law indicated they would prefer a broad due diligence law over one specifically focused on a single issue, and one party that voted for the law also indicated it sees it as a stepping stone toward broad due diligence legislation. Moreover, with the recent entering into force of the French devoir de vigilance law, and similar initiatives in countries like Switzerland and Germany, there is momentum for broad due diligence legislation at the European level. In the Netherlands, we will be looking to join and strengthen this growing international trend, using the child labour law as a stepping stone in that direction.