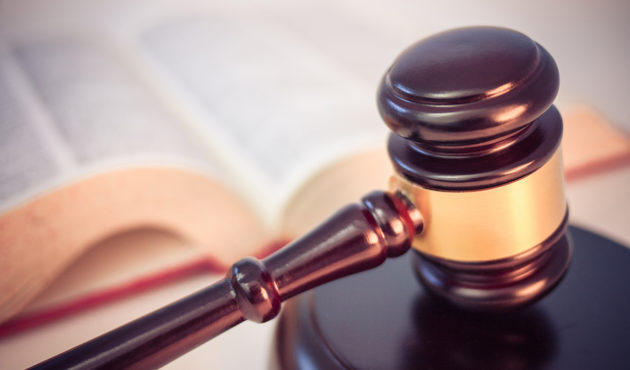 John Richmond, U.S. Ambassador-at-Large to Monitor and Combat Trafficking in Persons, recently told the Thomson Reuters Foundation, “You’re more likely to get struck by lightning than prosecuted for engaging in human trafficking.” He is right.  The International Labor Organization (ILO) estimates that 20.1 million people are held in forced labor globally outside the commercial sex industry. But in 2018, governments prosecuted only 457 forced labor cases in the entire world.  That is just one forced labor prosecution for every 43,982 forced labor cases.  Impunity is the norm.

In February 2020, the Human Trafficking Legal Center convened the top legal minds behind cutting-edge forced labor and human trafficking litigation in U.S. federal courts.  In the absence of government political will, survivors of forced labor have taken their quest for justice into their own hands.  Survivors and their advocates are taking corporations and government contractors to court, alleging forced labor violations in supply chains, the construction industry, on U.S. military bases, and in corporate immigration detention centers contracted with the U.S. government.

Daniel Werner, who has litigated complex human trafficking cases, discussed federal labor trafficking lawsuits detained immigrants have filed against the GEO Group and CoreCivic. The defendants are the two largest private correctional corporations in the United States.  The exploitation schemes alleged in the cases are similar those faced by migrant workers in some of the most horrific labor trafficking cases in the U.S.: barbed wire, withholding of basic necessities, threats of confinement in isolation. In defense, the prison companies claim federal anti-trafficking protections simply do not apply to them. However, these suits, brought by the Southern Poverty Law Center, Towards Justice, Andrew Free, and other advocates, are succeeding. One appellate court recently certified a class action that has the potential to include 60,000 immigrant detainee class members. And just last week, another appellate court ruled that the detained immigrants are protected by anti-trafficking laws.

On the island of Saipan, part of the U.S. Commonwealth of the Northern Mariana Islands, several Chinese construction companies recruited and employed thousands of Chinese workers to build the Imperial Pacific casino.  Workers have alleged that their employers confiscated their passports and threatened them with deportation, physical harm, and death if they did not work and obey orders. Here, the federal government did respond: the U.S. Department of Labor obtained $13.9 million in back wages and damages for over 2,400 victims. Several site managers pled guilty to the illegal employment or harboring of aliens, but no person faced criminal charges for human trafficking and forced labor. However, seven survivors have now filed a civil lawsuit against two of the construction companies, as well as the Imperial Pacific casino, alleging that they were victims of forced labor. The plaintiffs are represented by attorneys Aaron Halegua and Bruce Berline, based in New York and Saipan, respectively. The civil case is proceeding, after surviving several of defendants’ motions to dismiss and motions to stay the proceedings.

Accountability for human trafficking in U.S. federal courts does not end at the water’s edge. Under the Trafficking Victims Protection Reauthorization Act of 2008, U.S. courts have jurisdiction over human trafficking crimes committed outside of the country by U.S. citizens, green-card holders, and anyone “present” in the United States. The law includes not only traffickers – but also those who “knowingly benefit” from human trafficking.

In one groundbreaking case, seven Cambodian men and women filed a lawsuit against a U.S. company providing shrimp to the U.S. market. The lawsuit, which also named several other defendants, alleged that the U.S. corporation knew, or should have known, about forced labor in their seafood supply chain.  The victims, represented by Agnieszka Fryszman of the firm Cohen Milstein, also charged that the corporation financially benefited from forced labor.  Extensive investigative reporting by the AP, the Guardian, and The New York Times revealed forced labor and abuse in the seafood industry. Trafficking victim testimony confirmed that scores of individuals, mainly from Southeast Asia, were, and still are, forced to work in seafood processing factories.  The case is currently on appeal in the 9th Circuit Court of Appeals.

In another case brought under the Alien Tort Statute, six survivors of forced labor, represented by Paul L. Hoffman and Terrence Collingsworth, filed a civil lawsuit against two U.S. corporations, Nestle and Cargill. The complaint alleged that the companies aided and abetted forced child labor in the cocoa industry in Côte d’Ivoire. Despite corporate promises and a voluntary protocol committing to eradicate forced child labor (and all child labor), the cocoa industry remains rife with abuse. The U.S. Supreme Court is considering whether to hear the case.

Cutting-edge litigation can combine multiple statutes.  Two False Claims Act trafficking cases moving through federal courts allege that military contractors held U.S. citizens in forced labor in Kuwait. ManTech International Corp. and DynCorp International LLC won billion-dollar U.S. contracts to provide, respectively, mechanics and translators for military operations in the Middle East.  In both cases, the plaintiffs allege that the defendants confiscated their passports and manipulated their visa status to coerce them to work against their will.  The cases, brought by attorney Joseph Hennessey, are proceeding.

Forced labor in global supply chains is a feature, not a bug. Still, more than twenty years after the passage of sweeping federal trafficking laws in the United States, traffickers operate with impunity. The U.S. government has never prosecuted a forced labor case under the extraterritorial provisions of the federal trafficking law. It has fallen to the private bar – pro bono and public interest lawyers – to battle forced labor in supply chains.

February’s strategic litigation convening revealed that the lawyers tackling these issues head-on are creative, brilliant, and relentless. Sadly, they are not well-funded. The courageous survivors who are demanding justice and their extraordinary lawyers cannot do it alone. Governments – and donors – must step up to eradicate forced labor in supply chains around the globe. Accountability is within reach.