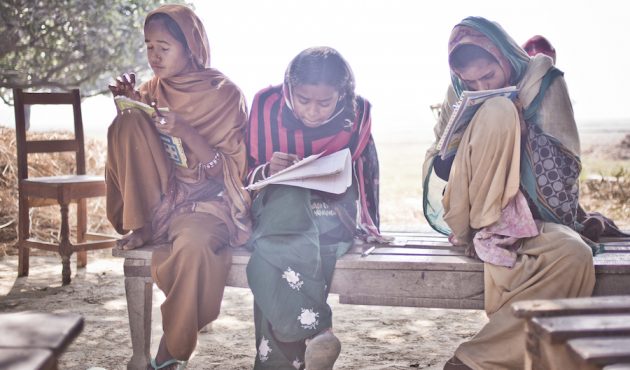 In 2016 approximately 40 million people were living in situations of modern slavery. Yet in the same year, fewer than 10,000 perpetrators of modern slavery crimes were convicted. The gulf between these two figures highlights the immense challenges faced by the global movement to end modern slavery.

To bridge this gap, governments and private donors have concentrated their assistance on strengthening law enforcement and judicial systems. These criminal justice-focused efforts are critical because they create a deterrence effect for would-be traffickers and remedy rights violations.

But criminal justice is only one way in which the legal system can be used to fight modern slavery. A newly released report, “Pathways to Justice: How frontline organisations are harnessing the law to tackle modern slavery,” highlights the diversity of legal interventions being carried out by frontline NGOs in slavery hotspots. Drawing lessons from the legal work of more than 100 NGOs supported by the Freedom Fund, the report finds that these less heralded approaches play a crucial role in improving access to justice and strengthening the rule of law.

In most places with a high prevalence of modern slavery, gaps in the law limit its ability to affect change. Although nearly all countries have adopted legislation criminalising slavery-related practices, many lack explicit legal provisions that protect survivors or require states to take preventive action. Grassroots organisations have an important role to play by collectively pushing for the adoption of robust anti-slavery laws that respond to the needs of the most vulnerable communities.

Even where laws exist, their impact is limited by systematic failures to implement and enforce them. Key government agencies are hampered by miniscule budgets and a lack of knowledge among officials charged with enforcing the law. Comprehensive training of officials is required to increase awareness of trafficking and related crimes, improve response rates and encourage the adoption of victim-sensitive practices. Civil society collaboration with local government can activate prevention and protection systems, connecting survivors to services to aid their recovery.

The communities most vulnerable to modern slavery tend to also be those with the least knowledge of their rights. This makes them less likely to seek legal remedy when they are exploited. Moreover, the risks of exploitation are highest in informal sectors of the economy where workers have the least power to organise. Rights awareness training and informal worker mobilisation can help these individuals realise the protections they are accorded under the law.

Civil justice mechanisms are just as important as law enforcement solutions. For the most part, frontline NGOs focus their legal efforts on resolving the everyday legal problems encountered by vulnerable individuals – helping migrant workers to navigate immigration processes, supporting compensation claims for workplace accidents and filing claims for unpaid wages. This work plays a crucial prevention role. Resolving underlying legal issues is an effective way to address the risk factors that may eventually escalate into situations of modern slavery.

However, in countries with a high prevalence of modern slavery, the justice system remains stacked against those it is supposed to protect. Court systems are overburdened and under-resourced, hampering their ability to effectively prosecute trafficking crimes or provide redress to survivors – in some cases in India it can take up to seven years to secure a conviction. While cases are pending, most slavery survivors receive little, if any, support or access to recovery services. To improve conviction rates and deliver access to justice, anti-slavery actors should adopt a systems-wide approach that invests in legal protection systems, educates officials on the complexities of modern slavery and supports economic and social empowerment of the people who are most marginalised.

The range of legal interventions being delivered by frontline organisations across slavery hotspots highlights the untapped potential of the law to eradicate modern slavery. Arresting and prosecuting perpetrators is critical to fighting impunity, but this approach alone will not address the systemic factors that enable these crimes to persist. Instead, criminal justice solutions should be combined with interventions that encourage legal empowerment of vulnerable populations, connect marginalised communities with local justice systems and improve the capacity of local officials. By adopting this broader approach, the anti-slavery sector can leverage the full power of the law to end modern slavery.