In loving memory of Dr. Paul Baskar, a voice for the rights of textile workers in Tamil Nadu, India 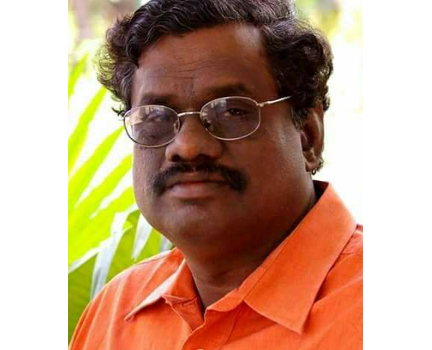 by Krish Peru on behalf of the southern India hotspot team

Last week, we heard that Dr. Paul Baskar, the founder and coordinator of our NGO partner, PEACE Trust in Dindigul, Tamil Nadu, had passed away after battling ill health.  I was privileged to build a closer connection with Dr Baskar, starting at a distance at mass events like the People’s Summit on Social Development in 1994, then working with him on monitoring child labour in textiles for international initiatives in the late 90s – and finally being part of Freedom Fund’s team in Tamil Nadu, accompanying the vital work of the PEACE Trust.

He was always passionate about strategic, innovative interventions on three themes: Child labour; the perils of development-induced environmental damage; and the struggles of migrant workers. Dr. Baskar did not blindly oppose development or antagonize officials but sought the rational use of precious environmental commons.  He wanted to see ecologically-sensitive projects set up without exploitation.  He stood firmly for remedial actions if people or the environment were violated.  For example, he risked arrest while protesting against the pollution created by the tanneries in Dindigul. He demanded that the Government conduct soil testing and provide compensation for the affected communities.  He also brought attention to the impact of shrimp farming on the fragile coastal belt.

In all his efforts, he was known for being friendly, courteous, and calm, but still being firm and clear on his perspectives. Although he had built up four decades of scholarship and experience connecting local and global issues, he always listened closely and valued dissenting voices.  He wanted to learn from everyone, regardless of their status.

He was a teacher, researcher and campaigner – writing articles on landmark legal cases, while also being a staunch supporter of smaller social action groups. Since 2015, Dr. Baskar’s model of people-centred engagement with government has been a central pillar of the Freedom Fund’s South India hotspot program, and it has once again been vital during the crisis for low income and migrant families affected by the COVID-19 lockdown. Dr. Baskar convened the Tamil Nadu Alliance, a network of over 100 CSOs working for fair and safe work in textiles. He also contributed significantly to the national India Working Group on Trafficking.

Dr. Baskar’s sudden demise has surely created a large gap in all these efforts, but as he was always reiterating “human beings may cease to exist but not humanity”.  We will work together to cherish his wish and to translate his dreams into a reality.