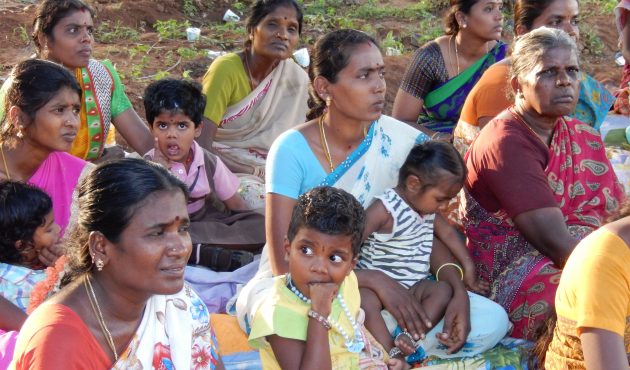 A new report – Fabric of Slavery – published by the India Committee of the Netherlands (ICN) exposes the scale of human rights violations against girls and young women in spinning mills in Tamil Nadu, South India.  Although the textile industry is vital for jobs and the local economy, this new research finds that abuses amounting to forms of modern slavery such as withholding wages, lack of freedom of movement, excessive working hours, and sexual harassment are widespread.

When researchers spoke to workers in 743 mills, they found that only 39 mills were paying the legal minimum wage.  Almost half the mills withhold a significant part of the wages until workers have completed their contract. In half the mills, the standard working week meant working 60 hours or more.  The majority of the women were between 14 – 18 years, and 10 – 20% were younger than 14.  Only 10 of the mills had a trade union presence and only 33 have the legally-mandated grievances committees in place.

ICN reports that yarn from the mills is entering the supply chains of international garment brands.  30% of the yarn from South Indian mills is used in factories producing for export and 20% is exported to factories in China and Bangladesh.

Conditions like these are the reason why the Freedom Fund began its hotspot in Tamil Nadu in 2015.  Our Indian NGO partners now have a regular presence supporting community groups in over 400 highly-affected villages that are tackling the root causes of risky recruitment and exploitation of girls and young women.  The program works with local adults, adolescents and young workers to systematically reduce socio-economic vulnerability and promote resilience against bonded labour.  It supports direct work within mills to help them transition to decent work, and our NGO partners link with local government officials to promote a stronger reach of the legal and inspection regimes within the industry.  Impact data on the first year of the program is here.

Although the report acknowledges reductions in bonded labour schemes in the workplaces that international companies buy from directly, much more is needed.  International and Indian brands need to work together with greater determination to push for decent working conditions beyond the immediate garment factories from which they purchase directly.  A united approach, involving significant restructuring of the global supply chain toward accountability, is needed so that businesses play their part in protecting young workers from harm.