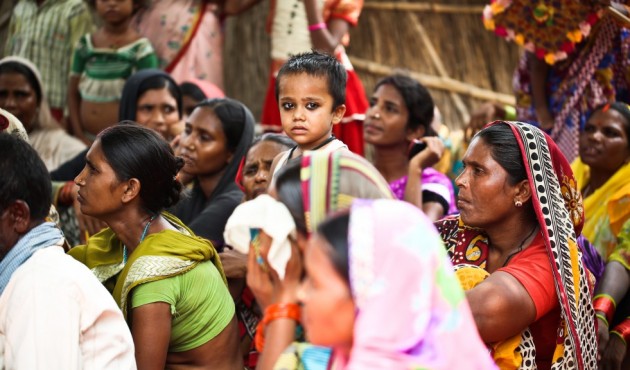 Last month I was in northern India to launch the Freedom Fund’s hotspot program there. We are partnering with 17 local NGOs in Bihar and Uttar Pradesh who are doing incredible work to prevent the trafficking of children, help those trapped in the commercial sex industry, and liberate bonded labourers. They are chipping steadily away at a problem whose scale is difficult to fathom: an estimated 14 million men, women and children are currently trapped in modern slavery in India.

In the village of Barkurwa, where our partner, IDEA, is working to prevent the trafficking of children by educating the community about the tactics traffickers use, we heard from one mother who told us about a religious guru who had come to the village recently: “He said to me, ‘You have three boys. You are struggling. You can’t take care of all three. Give one to me. I will put him in boarding school.’”

But she had refused, she said, because IDEA had warned her about just those sorts of false promises. IDEA has organised the community into vigilance committees as well as savings and loans groups so that they are more financially resilient and less vulnerable to moneylenders and traffickers.

In the run-up to the formal launch in Varanasi, I had the opportunity to visit nearly 20 sites across the two states and speak with survivors, community leaders, police, lawyers, and many others who shared their time and thoughts about where help is needed most.

It was an intense trip, equal parts uplifting and emotionally draining. We met young girls who had been abducted from their families and forced into commercial sex work; boys who had been handed over by their parents to brokers who promised wages and education but instead put them to work in terrible conditions for little or no pay.

In the town of Samastipur, a key transit point for children being trafficked to Delhi, we were taken to the train station by Prayas, an NGO that works with the state railway police to monitor trains for victims. Those that look suspicious – such as groups of minors travelling without their parents – are pulled off the trains, interviewed, and referred if necessary to a shelter, where they can then be reunified with their families. With the Freedom Fund’s support, Prayas has just opened a new shelter and rehabilation centre in Samastipur.

One of the biggest challenges in the fight against slavery is the impunity that traffickers enjoy – or at least, that they used to enjoy. NGOs are ratcheting up the pressure and are starting to see results. In Varanasi, I visited Ajeet Singh and the brave team he leads at Guria, an organisation that is using the Freedom Fund’s investment to pay for a team of lawyers to file legal cases against traffickers. Just a few years ago not a single trafficker had been convicted. Now there have been 23 such convictions.

Certainly there is a mountain to climb in India. But seeing first-hand how effective these NGOs are, and how transformative even small amounts of funding can be, gives me a huge amount of confidence that this program will have a real impact for those who need help the most.