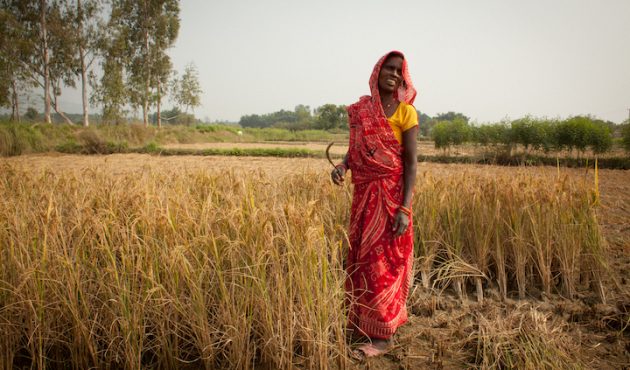 In south-eastern Nepal, modern slavery continues in the form of agricultural bonded labour. A traditional system known as Harawa-Charawa targets an impoverished and marginalised population group whose members are at constant risk of taking on high-interest debt when faced with a financial crisis. These loans are often impossible to repay and get frequently passed on from generation to generation.

Once in debt, Harawa-Charawa are forced to work on their lenders’ land as tillers, cattle herders or domestic servants under threats of demanding immediate and full repayment of the loan and expelling the workers from share-cropping, taking away their housing and exerting physical abuse. While the Harawa-Charawa are not the only people in Nepal who have struggled with life in forced labour, until recently their existence was barely acknowledged by policymakers.

Over the past three years, the Freedom Fund has seen the beginning of great change for the Harawa-Charawa in Nepal. Efforts by our partner organisations, advocates and social activists have generated historic achievements, including the increased visibility of Harawa-Charawa bonded labour, unprecedented backing by the government and expanded community mobilisation. Some of the most remarkable achievements include:

These first achievements present a significant step in the Harawa-Charawa’s journey to sustainable liberation, and the Freedom Fund has directly contributed to these changes. Our work has funded local civil society to engage Harawa-Charawa in support groups where greater understanding and self-awareness of their own situation and peer support have proven critical to empower Harawa-Charawa to take control of their own lives and identify possible solutions to finally claiming their rights. In this effort, the Freedom Fund has also provided strategic legal support, so survivors are able to pursue legal remedies to the exploitation they have endured, seeking not only liberation but also legal access to land which they have inhabited for decades.

We have also facilitated high level delegation visits to Kathmandu for Harawa-Charawa leaders to raise their issues with relevant policymakers, and we brought together major Nepali media houses and Harawa-Charawa representatives to raise their profile in the mainstream media. Critically, the Freedom Fund has been providing strategic technical support to facilitate the creation of a fledgling Harawa-Charawa network and will, going forward, continue to provide further technical assistance to build the network’s organisational capacity and help it develop a comprehensive advocacy strategy.

While the complete eradication of agricultural bonded labour is not yet a reality in south-eastern Nepal, the Freedom Fund’s frontline partners in this region have already shown their power to bring significant change locally and nationally when provided with the right resources. Continued support that raises self-awareness among those directly affected and provides the tools and systems to claim their rights will inevitably see lasting change in the future.