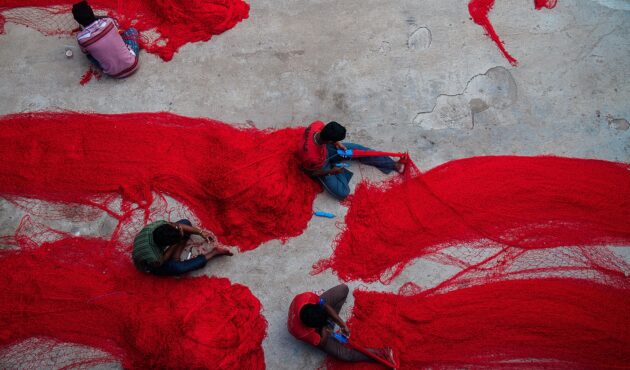 This article was originally published in the Business and Human Rights Journal (Cambridge University Press).

In evangelising businesses to follow the UN Guiding Principles, the business and human rights movement has weighed the advantages of wielding the ‘business case’ versus the moral case. Some of us have settled uneasily on the argument that paying attention to human rights is beneficial to a company’s profits, while regretting the grotesque implication that harms to people can be ignored if they do not also impact profits. Others have fought to get governments to write regulations and enact laws that would exact a direct cost on companies for human rights impacts and worked to create ways for people in harm’s way to assert their claims against corporations – efforts that have the effect of increasing the risk to business of ignoring human rights.

Investors are waking up to human rights risks, and are starting to act in ways that support our movement. But as fiduciaries – particularly in the U.S. where the world’s largest money managers are based – investors are legally required to pay attention to the environment and social impacts of their portfolio companies to the extent that the harms are financially material. That is, they affect investment value, measured in terms of potential revenue growth, profit margins, required capital, and risk. In echoes of Milton Friedman, an investor who invests resources in the non-material environmental and social impacts would commit a breach of fiduciary duty.

Fortunately, the concept of financial materiality is changing in ways that begin to include human rights. In 2019, in guidelines issued to update its Non-Financial Reporting Directive (NFRD), the European Commission introduced the concept of ‘double materiality’, where companies should report on material risks to company value as well as risks to people and the environment. The U.S. Securities and Exchange Commission (SEC) has so far been reluctant to mandate specific environmental, social and corporate governance (ESG) disclosure rules for corporations, instead standing pat with the vague ‘reasonable investor’ test for determining what must be disclosed under U.S. securities laws. This has left investors in a fog when it comes to how to weigh ESG factors that matter for corporate performance.

The Sustainability Accounting Standards Board (SASB), a non-profit, was established to step into the breach. SASB has created evidence-based financially material ESG disclosure standards for corporate filings for each of 77 industries. These standards have won the backing of the largest asset managers that dominate capital markets – backing that is critical both for the validation effect it has in the short run and for its likely impact on financial systems in the long run. But something was missing from SASB’s first set of standards, published in November 2018: input from the BHR movement.

With support from the Moving the Market Initiative, my organisation, Rights CoLab, is working with SASB as it updates its disclosure standard on ‘human capital management’. We see an opportunity to improve the standard, by taking advantage of data science research methods that had not been developed at the time SASB conducted the research for its first standards. Moreover, both of the measures of financial materiality – ‘investor interest’ in ESG issues and evidence of financial impact – have grown exponentially in the past five years. This has made space for improvements such as the inclusion of the right to collective bargaining.

Carried out in collaboration with a team from Columbia University’s Data for Good Scholars Program and an Expert Group of labor rights advocates, our initiative aims to show that labour abuses in a company’s workforce – including within their supply chain – present financially material risks. The data science project comprises two workstreams: 1) machine learning to mine company data, such as 10ks, proxy statements, earnings calls in order to generate evidence of the financial materiality of SASB’s existing disclosure topics across a wider range of industries than the current standard; and 2) text processing of news articles and NGO reports to find correlations between company practices and human rights violations that create financially material risks, as a means of justifying new human rights topics and metrics.

Our expectation that SASB was positioned to be a highly influential ESG standard has turned into reality. SASB has fast become the default sustainability standard setter in the eyes of the powerful accounting and securities regulators, not just in the U.S., but worldwide. This February, the International Organization of Securities Commissions (IOSCO) endorsed the approach of ‘the Alliance’, a group of major ESG standard setters that includes SASB, as a starting point for the sustainability standards project of the International Financial Reporting Standards Council (IFRS). In March, the IFRS announced that it would incorporate an investor focus in formulating its sustainability standards and would build upon the work of the Alliance. Earlier in March, U.S. President Biden’s nominee for SEC chair voiced support for financially material ESG standards during his confirmation hearing, setting SASB up to be the de facto setter of disclosure standards.

As SASB’s global influence has risen, so too has the importance of improving the way the SASB standards incorporate human rights and, critically, the openness of SASB to doing so. Impelled by the market demand for rationalisation of the patchwork of ESG standards, as well as the EU’s announcement that it would be providing more specific guidelines under the NFRD, in 2020 SASB turned to globalising its standards in order to compete as the world’s financial materiality standard.

But the Exposure Draft claims that within the broad category of “information that is material for sustainable development,” only “information that is also material for [long-term] enterprise value creation” is within its purview. In our comment letter on the Exposure Draft, we point out the ambiguity in this proposition and question how potential risks cross the permeable barrier from the broader ‘pre-financial’ category to the narrower category of ‘financial materiality’ – an issue that SASB must continue to grapple with.

We have some way to go to persuade mainstream investors that financially material ESG standards include human rights risks like modern slavery. Indeed, there is understandable concern among observers who contest that the IFRS’s embrace of SASB, which emphasises long-term value creation, may run counter to the European Financial Reporting Advisory Group’s (EFRAG) endorsement of double materiality. Yet, we have already seen SASB’s openness to adopting human rights: the message of the Expert Group that SASB standards need to reflect the realities of today’s business models and embrace a broader conception of workforce, together with a repository of financially material supply chain risks that we assembled, persuaded SASB to include workers in supply chains in its Human Capital Management Preliminary Framework.

With EU human rights due diligence legislation on the horizon – a major achievement of the BHR movement – regulatory risk is increasing for companies, along with operational and reputational risk. Investors must have the ability to foresee and react to shifts in materiality. Together with our partners, Rights CoLab hopes to capitalise on these dramatic advancements in ESG reporting to strengthen SASB, the disclosure standard that is now poised to enable effective investor oversight of corporate conduct, if we can get the standard right.

Joanne Bauer is Co-Founder of Rights CoLab, a grantee of the Moving the Market Initiative

Photo by sarathy selvamani on Unsplash