“Now, I work for myself only” – Prabhwati’s story 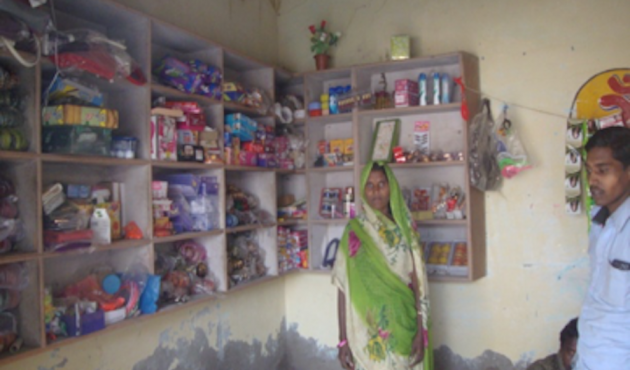 In northern India, the Freedom Fund supports frontline organisations to reduce the prevalence of bonded labour in a range of industries, including brick kilns, stone quarries, agriculture and domestic work. One survivor of debt bondage, Prabhwati, is so dedicated to preventing other members of her community from falling into bonded labour that she has composed songs on risk and prevention of bonded labour and trafficking. This is her story.

Since early 2016, Prabhwati, a 43-year old woman from Mirzapur, Uttar Pradesh, was forced to work in a brick-kiln about 2,000 km from her home village alongside her husband and five children. This was the result of a loan Prabhwati had taken from a trafficker when the family had fallen on hard times. In the brick kiln, they worked 14-15 hours per day moulding, carrying and setting bricks. While the family was given 200-300 INR ($3-$5 USD) per week for food, they were never given the rest of the regular payment that had been promised. If they made a request for more money, Prabhwati and her family members were physically and verbally abused and threatened. If they paused from work to take a rest, they were severely scolded.

During a field visit to Prabhwati’s home community, staff members from Freedom Fund partner MSEMVS heard about the situation from concerned members of the Community Vigilance Committee (CVC). The CVC is one of the community freedom groups that the Freedom Fund supports for survivors of bonded labour and for those at risk of it. As the group discussed Prabhwati and her family, they decided that action needed to be taken. Together, the CVC members and MSEMVS staff wrote and submitted a complaint to the District Magistrate of Mirzapur. This began a process of planning a coordinated rescue of the family from the brick kiln alongside relevant officials. Eventually, Prabhwati and the entire family were supported to leave the brick kiln and return to Mirzapur, and the MSEMVS team worked to ensure the back-payment of their wages.

Supporting the family with social and legal services, MSEMVS and CVC members encouraged Prabhwati to join CVC and self-help groups. She now participates regularly in these meetings and encourages other community members to stay actively engaged. Her children are now attending school. After participating in business training, leadership workshops and exposure visits, Prabhwati was provided support to start her own small grocery shop. As a result, Prabhwati is now able to independently earn an income and is aware of the dangers of taking loans from traffickers and agreeing to work before negotiating wages and working hours. Her desire to prevent other community members from experiencing similar situations is so strong that Prabhwati has composed songs on risk and prevention of bonded labour and trafficking.

Reflecting on her family’s story, Prabhwati said, “My life and my children’s lives have really changed so much compared to the previous days. Now, I work for myself only. No one forces me to work. Now, I am earning what I need. My husband is also earning appropriate wages. My children are getting educated. We feel very happy now.”

Pictured: Prabhwati received support to start her own grocery shop.