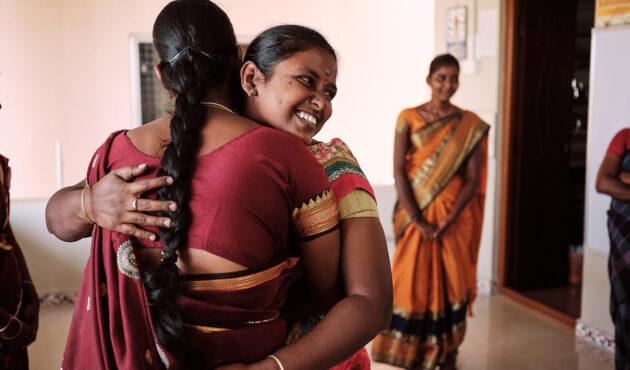 International Women’s Day this year comes at a time when we are still counting the cost of the global pandemic, and the huge toll this has taken on women’s equality around the world. We have seen over the past year how the burden of caring, loss of employment, and increase in household violence and poverty have again fallen disproportionately on women. And how each of these factors make the situations women face more desperate, more precarious and more vulnerable to exploitation, including human trafficking and forced labour.

The theme for International Women’s Day 2021 is “Choose to Challenge”.  The theme calls on each of us as individuals, as colleagues, as advocates, to challenge gender bias and inequality. It frames equality as an act of “calling out”, of not accepting the status quo and of being active supporters of gender justice.

This act of challenging is an important part of changing the norms that allow gender inequality to persist, but it is also a hard ask.  It’s uncomfortable to push against the status quo, and exposing for those who do. This is the case for women and men who are otherwise highly privileged and even powerful within society.  It is even more difficult to do as a person who, because of their gender, class, caste or other status, lack power or voice within their community.

The choice to challenge in these circumstances requires therefore a huge amount of courage. It also requires support. While the choice to challenge, and even the challenging itself, may be individual, the power to challenge, and to create and sustain change, is collective. Challenging bias and inequality is difficult and draining work, and as we have seen with the women’s movement, it is the solidarity and support among women that allow the work to continue.

It is with this understanding that we launched the Freedom Rising leadership program late last year.  The program aims to empower frontline anti-slavery leaders, both women and men, to challenge the gender bias and discrimination that drive exploitation. We do this by not only equipping leaders with the tools and understanding to become advocates for gender justice, but and by providing them with the opportunity and space to build deep connections with fellow leaders. Through this understanding and support we hope that leaders will find the strength and power to challenge gender bias and discrimination not only in their communities, but in their organisations and in the anti-slavery movement itself.

Since the program began, women leaders working to end the exploitation in their communities in southern India have been coming together for weekly online sessions. At a time of stress and isolation, the sessions provide a space for connection, learning and sharing. Through the sessions the women build their digital and online communication skills, but more importantly they build relationships of trust and support.  Crucially, they also learn tools for self-care and personal resilience that will allow them to sustain their work.

Find out more about Freedom Rising.