Our impact so far 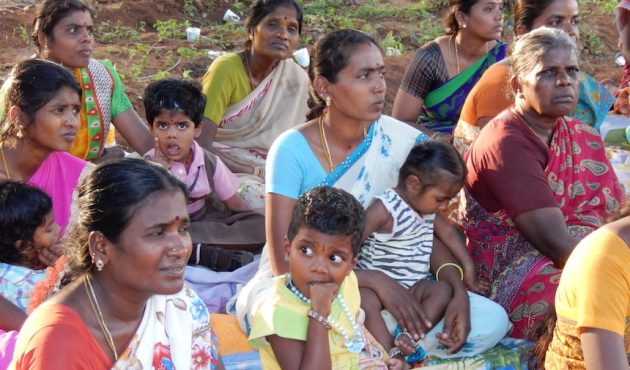 During the first six months of 2018, the Freedom Fund worked with 132 partners in seven anti-slavery hotspots across the world. Together, we have directly impacted the lives of 73,124 vulnerable people at risk of modern slavery. This includes 2,826 people who have been liberated from extreme exploitation and abuse 7,177 children enrolled back into school and 43,656 individuals supported with social and legal services to improve their own situations.

We firmly believe in the power of communities and the importance of local leaders to fight slavery from within. In the first half of this year, we supported 4,624 community freedom groups with a total of 81,575 group members. Bringing together neighbours, school classmates and fellow workers to reflect on their own situation, form plans and take collective actions. In Ethiopia, local leaders are working with women and girls to promote safer migration and improve services in order to reduce the likelihood of women falling into domestic servitude upon migration to Middle East. In Thailand, thousands of workers in the seafood industries have registered their experience of exploitation which is then used as evidence for civil society leaders to advocate on their behalf.

In January, we launched our seventh hotspot, in Rajasthan, India. With committed leadership by government bodies and a range of businesses, we’ve begun working towards eliminating child labour in parts of the supply chain for the production of jewellery and textiles in Jaipur. Our partners’ work is helping the key agencies in Jaipur to tackle child trafficking in a united and systematic way.

We have worked with some exceptional research partners, including the London School of Hygiene and Tropical Medicine, City University of New York and Praxis India. This research underpins our evidence-based programming and enables us to ascertain effective interventions. We strive to share those learnings to contribute towards better practices in the global anti-slavery movement.

We are extremely proud of the progress that has been made. Yet at the same time, we remain conscious of the scale of the problem, that there are an estimated 40.3 million people in modern slavery globally. To contribute towards a measurable reduction we must harness the lessons from our hotspots, identify the most impactful interventions, and scale them to amplify the change. For there to be change at the scale that is needed it must be driven by a united movement, as such, we continue to build and strengthen a global anti-slavery network.