Partnering with business and government in India to tackle child labour 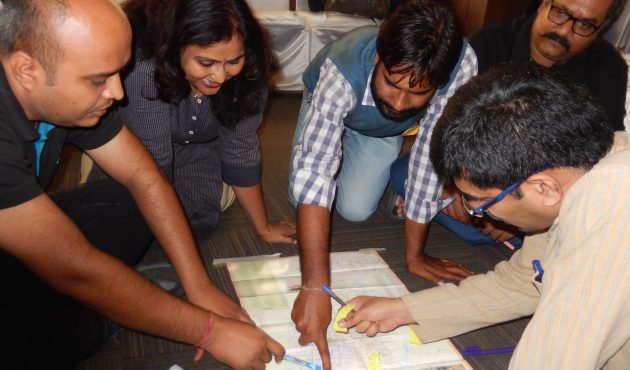 We all know that if we are going to bring large numbers of children out of the worst forms of exploitation, we need government and business as active – not reluctant – partners. But building such partnerships is often one of our biggest challenges. Many governments don’t see the fight against child labour as a high priority. And, too often, businesses are incentivised to focus solely on their financial bottom line, rather than the risks of exploitation in their supply chains.

So, as we head into the holiday season, I’m particularly pleased to announce that the Freedom Fund will be launching a new hotspot in January, in Rajasthan. Here, the state’s government has made it clear that it wants to prioritise protecting children. We will be working with it to implement a strategy focussed on progressively making Rajasthan’s capital, Jaipur, child labour free.

Jaipur is a world-leading centre for production of traditional handicrafts, jewellery and unique textiles. But too often these products are manufactured by children working in hazardous and illegal conditions. So our new program is intended to change the incentives for business – enabling the state capital to move decisively against child labour – while promoting the future growth of its businesses, and multiplying child-friendly tourism. For local brands and exporters it should be a win-win, where they get better value orders and increased revenue, while avoiding child exploitation – strengthening their own brand while building the global child-friendly brand of Jaipur itself.

The program is also distinctive in promoting cooperation between Rajasthan and Bihar (where many of the trafficked children come from) to remove adolescents from exploitation in workshops, pursue justice against traffickers, and give comprehensive reintegration support to the children in their home state.

Jaipur has already been proactive in rescuing 1,582 children between 2014 – 2016. The goal is that a successful approach, benefiting business, tourism and above all tens of thousands of children, will serve as an important model for investment across India and globally. That’s clearly a big ambition. But it’s exactly the kind of ambition that our investors expect of the Freedom Fund and its partners.

This new program is only possible because of a new grant of $3.55 million over 3.5 years from Children’s Investment Fund Foundation, for which we are most grateful. We are also excited to be collaborating with the British Asian Trust which will bring its financial support, networks and leadership to bear on the child labour free business component of the hotspot.

From all of us at the Freedom Fund, we express our gratitude to all of those who make our work possible, and enable us to transform the lives of hundreds of thousands of the most vulnerable people around the world.