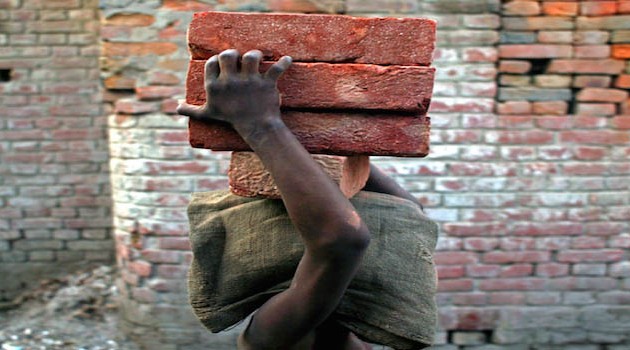 The Thomson Reuters Foundation and the Freedom Fund have partnered to produce a report titled Putting Justice First: Legal Strategies to Combat Human Trafficking in India. The report examines the legal challenges faced by victims of human trafficking in India and makes key recommendations on legal strategies to combat trafficking and improve legal outcomes for such victims. The Executive Summary, which sets out the Key Findings and Recommendations, has been published and the full report will be made available shortly.

India is home to over 14 million victims of human trafficking. Despite being illegal, forced and bonded labour are widespread and commercial sexual exploitation and child labour persist – often with impunity for perpetrators and limited legal recourse for victims. Victims often require legal assistance from NGOs and independent lawyers. This assistance is wide ranging, from ensuring claims are registered by the police through to briefing public prosecutors or pursuing other remedies for victims. However, legal resources and capacity are extremely limited and there is huge scope to scale up the fight against trafficking through the use of strategic legal initiatives.

The report is based on extensive qualitative research which included analysis of legislation, recent case law and relevant literature and discussions with over 80 interviewees. These included 28 representatives from NGOs working in Delhi, Bihar and Uttar Pradesh, as well as survivors, lawyers, judges and representatives from law enforcement and government. The Key Findings consider how trafficking victims, NGOs, independent (non-government) lawyers and other stakeholders navigate the criminal justice system in India, highlighting the challenges they face, from the initial filing of a claim through to trial. The findings also examine the use of strategic litigation and procedural reform to achieve systemic change. Law reform, despite being required in some areas, was not the main focus of this research.

The Recommendations explore practical legal strategies that can be used to combat trafficking and obtain justice for victims. These include access to legal support (both direct funding initiatives for NGOs and centralised legal support initiatives at the national, state and community levels); legal knowledge and training; strategic litigation and procedural reform; the use of data, technology and the media; and increased collaboration between key stakeholders.

While prosecutions alone will not bring an end to trafficking, there is immense potential to use these legal strategies to deliver justice to victims, deter potential perpetrators and put traffickers out of business. The Thomson Reuters Foundation and the Freedom Fund aim to identify funding partners who can help implement and scale the strategies set out in the report over the next year.