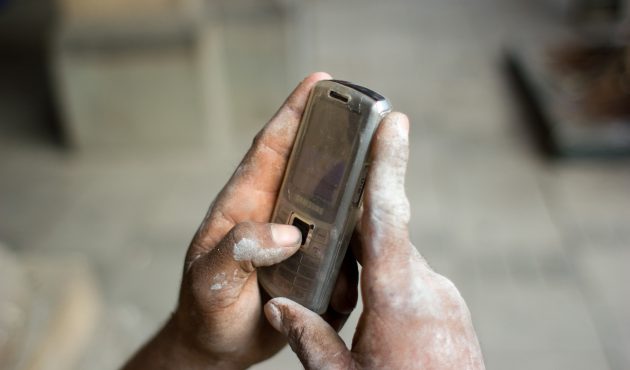 With consumers increasingly paying attention to working conditions in the supply chain, companies have published ambitious ethical commitments to promote a responsible image. Samsung proclaims to be “one of the most ethical companies in the world” and publishes prescriptive and detailed ethical commitments on workers’ rights.

For example, the use of toxic chemicals without adequate protection in Samsung’s Korean factories, including benzene and methanol, has caused incurable diseases. At least 465 workers have been affected, and 135 have died. Samsung has agreed to compensate some of these workers or families of the deceased, admitting its failure to protect them.

The first indictment in France for misleading advertising

To denounce this gap between the reality in factories and multinational companies’ ethical commitments, Sherpa and ActionAid France filed a lawsuit against Samsung France and its parent company in Korea, Samsung Electronics, for misleading advertising on January 11, 2018.

This lawsuit led to the opening of a judicial investigation in June 2018 and on April 17, 2019 Samsung France was indicted for misleading advertising.

Under French law “misleading advertising” is punishable under criminal law where in most countries it is only under civil law. This is significant as the criminal sanction that can be pronounced against the company, such as a rectification of the misleading advertising, and even a dissolution of the company, goes much further than an obligation under civil law to repair the damage financially, which can have a real incentive role on corporations to respect human rights.

Twenty years after the first consumer claim was initiated against Nike in the United States for unfair and deceptive practice, this is the first time in France that an investigating judge has recognized that companies’ ethical commitments are likely to constitute “commercial practices” (or “advertising”).

While it is still very difficult to bring cases against a parent company before the home State’s courts for violations committed abroad by its subsidiaries or subcontractors, claims based on consumer law allow jurisdiction in the country where consumers are based. This is how Sherpa was able to file a complaint against both Samsung France and Samsung Korea.

Furthermore, the recognition of the commercial nature of ethical commitments for the first time in France gives them a legally binding nature, through the misleading advertising offence. This could have significant consequences in the evolution of corporate accountability, as multinationals would have to respect human rights in their value chain, when they proclaim publicly that they do so.

Whereas the prosecutor in the preliminary inquiry agreed with Samsung that their commitments were not sales arguments toward consumers, the investigating judge followed our reasoning, based on surveys and studies, that it is no longer possible in 2019 to deny that consumers pay attention to human rights issues. Multinationals would not invest millions in detailed ethical charts and communications campaigns otherwise.

This case highlights the inherent limits of multinationals’ business model, focused on the maximization of profit margins. Samsung mainly operates in countries where working conditions have been widely criticized. In view of the information collected on the modus operandi in its factories, it is likely that Samsung has set up its commercial success thanks to a system where it benefits from a young and mainly female workforce in an economically dependent position, who have limited access to justice. Although using misleading advertising as a legal basis does not directly defend the rights of workers, Sherpa and ActionAid use it as a tool to strengthen their bargaining power.

The indictment of Samsung could encourage a progressive change in how businesses operate, as multinationals would certainly have to reduce their number of suppliers and set up another system of control if they are sanctioned for misleading advertising.

This decision could also fill a legal gap in the law on the duty of vigilance passed in France in 2017. This law, requiring French multinationals to respect human rights in their value chains, only applies to the largest companies, excluding Samsung France from its scope.

Yet, contrary to an action based on misleading advertising, this law allows workers to be compensated for violations of their rights. The Samsung case should, therefore, encourage the French legislator to lower the thresholds of the law on the duty of vigilance to expand access of justice for victims of French multinationals’ activities.

Finally, the case against Samsung also highlights the urgency of adopting a global regulation of multinationals’ activities. The Draft International Treaty on Business and Human Rights, currently under negotiation at the United Nations, could provide a historic opportunity to address the fragmentation of international law on this issue.

Clara Gonzales is a litigation officer at Sherpa. Marie-Laure Guislain is head of litigation at Sherpa in the Globalization and Human Rights Program