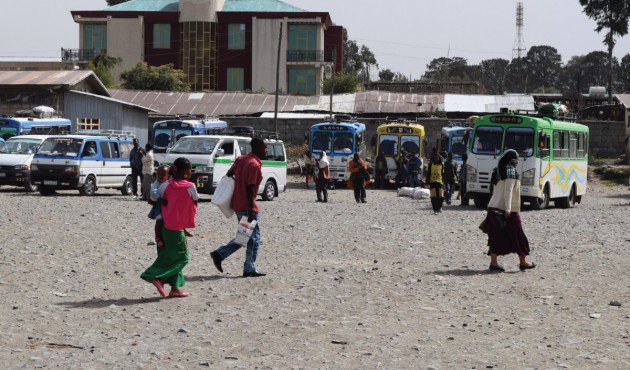 Seada is 23 years old, and grew up 620km from Addis Ababa. When her parents and uncle died, she had to support her nine younger siblings. At 18, Seada met a labour broker who said he could find her a job as a domestic worker. Her cousins paid the 8,000 birr ($421) fee to the broker, and she flew to Dubai. However, the broker’s promises proved false. Her employer abused her and withheld her passport. Badly treated, Seada managed to steal her passport back and ran away.

“I stayed hidden under a big van for four consecutive days without any food or drink,” she recalls. By the fourth day, she was weak and begged a passerby to take her to the police. There, she was imprisoned for two months, charged with serious crimes and later released without her passport.

She explained: “I worked for three years and decided to come back to my homeland. When I went to the police for my document I was again imprisoned. Then I was deported with few of my clothes and little money to return to my home country. The pastor of my church in Dubai that I used to go on my day off told me about AGAR [a Freedom Fund partner], so when I came back I went straight to AGAR”.

Seada felt she could not go home to her family, as she had nothing. AGAR provided counselling, life skills and business training. Seada was one of the six trafficking survivors who graduated from AGAR’s training thanks to the Freedom Fund’s program.