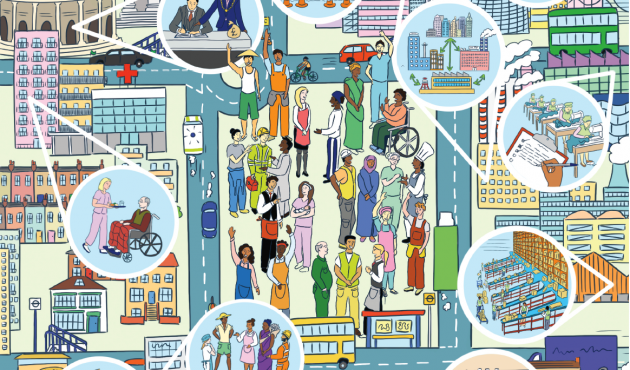 Australia and other states are following the United Kingdom’s example by introducing transparency legislation to prevent human trafficking and forced labour in global supply chains. FLEX’s new Blueprint asks how we can make sure that such transparency measures really work for workers. Seeing Through Transparency: a FLEX blueprint for worker-centred corporate accountability to prevent human trafficking for labour exploitation is funded by the Freedom Fund, and is based on research and in-depth engagement with trade unions, businesses, academics and civil society in the UK and Bangladesh.

It is well known that company compliance with the UK Modern Slavery Act’s reporting requirement – its key transparency measure – is low. There are no consequences for companies that fail to report, and few requirements for what to report on. The majority of stakeholders interviewed by FLEX agreed that to be effective, the Modern Slavery Act and similar legislation must be monitored and enforced, and governments must require companies to disclose more and better information.

According to experts interviewed by FLEX, even when companies do comply, company responses do not drive action that prevents the exploitation of workers in global supply chains. Trade unions, companies, academics and civil society representatives surveyed in the report agree that if global efforts to end human trafficking and forced labour are to be successful, they cannot stop at transparency.

Transparency in supply chains legislation, when well-designed, monitored and enforced, is an important piece of the corporate accountability puzzle. However, an accountability framework that works for workers and effectively prevents human trafficking and forced labour requires multiple components.

Examples from Bangladesh and the UK point to serious barriers limiting workers’ ability to hold companies to account. In both countries, poor enforcement of labour rights is a key issue. This is not only bad for workers; for companies, lack of labour rights enforcement creates a bias in favour of those businesses that are not serious about workers’ rights. Migrant status too often acts as a barrier to accessing justice and, in Bangladesh in particular, trade unions are suppressed and workers’ voices are often not heard. To level the playing field for businesses and protect workers’ rights, strong labour laws and their enforcement are key, as is freedom of association and protections for migrant workers.

Governments must take a leading role in preventing human trafficking and forced labour. FLEX’s Blueprint recommends ten government actions for corporate accountability that work for workers. One such action is for governments to lead the way when calling for corporate accountability by using their buying power to incentivize initiatives that increase workers’ access to justice and improve their working conditions.

In recent years many governments have made strong commitments and shown public support at the international level for efforts to end human trafficking and forced labour. This interest is to be welcomed and initiatives such as the International Labour Organization’s Protocol of 2014 to the Forced Labour Convention in particular show progress in developing the range of responsibilities that come with such commitments. Progress on ending human trafficking and forced labour, however, takes more than simply limited corporate transparency; it requires a full root and branch review of company activities, state laws, policies and actions that leave workers around the world at risk of exploitation.