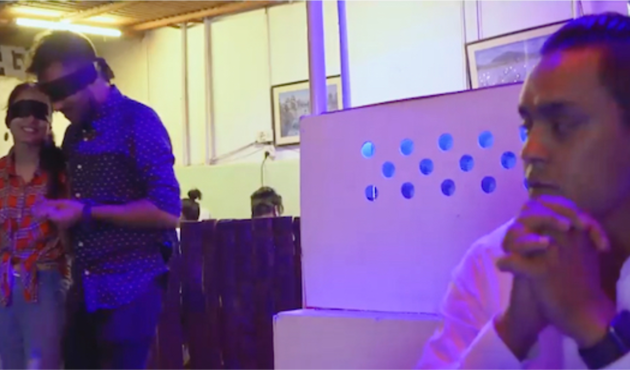 Social and normative change campaigns have grown in popularity as interventions to transform the social norms that underpin certain negative behaviours. The use of this type of intervention to target perpetrators of exploitation is relatively new in the anti-human trafficking sector and has seldom been evaluated.

The adult entertainment sector (AES) refers to a range of entertainment venues where sexual exploitation is known to take place, ranging from workers being made to flirt with customers to being forced into intimate activities and sexual intercourse. A number of government and civil society programs have targeted this issue – including the Freedom Fund and their locally based NGO partners who supported minors to permanently leave the AES – working with employers to improve compliance with the law and contributing towards policies that protect against child exploitation within the AES.

Historically, there has been less of a focus on the demand-side of the problem, that is, targeting male customers who frequent AES venues and are bystanders to, or actively involved in, sexualised activities with minors. To this end, the Freedom Fund commissioned Equal Access International’s Nepal office, a social change and communications agency, to design and implement a normative change campaign which speaks directly to this subset of customers.

One of the overall findings from this assessment is that where change was observed it was short-lived, that is, there was a greater effect on those who had just been exposed to the campaign than for those who saw it at some point in the last six months. This was true across several of the outcomes assessed. This points to the importance of messages being reiterated over time, and for messages to be received in multiple forms to increase the chances of them having a sustained impact.