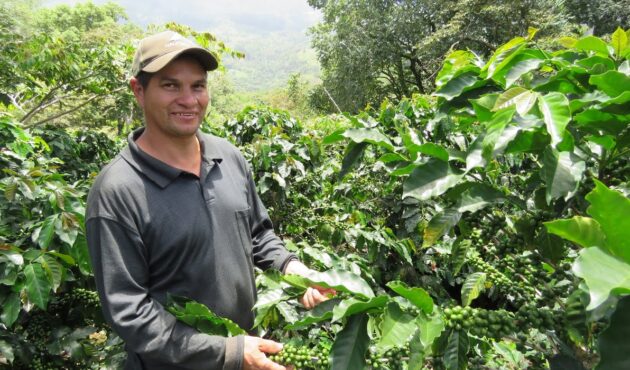 Agri-food suppliers worldwide suffer the negative impacts of acute imbalances of power between buyers and sellers along the supply chain. Suppliers, such as farmers and fisher persons are often forced to accept terms of contract that leave them exposed to high risks, or even worse, to sell at a loss.

The most common unfair treatments include last-minute order cancellations or repeated failure to pay invoices on time. Unfair Trading Practices (UTPs) are well documented in agri-food supply chains. Research has shown that 96% of EU food businesses had experienced unfair commercial practices. However, UTPs are not limited to agri-food systems. They also appear frequently in other sectors, like textile and garment supply chains. The reprehensible reaction of many brands and retailers during the covid crisis has put into sharp light and amplified the existing imbalance of power that has prevailed for a long time and allowed them to activate clauses of their contracts to cancel or suspend orders. Many brands have dishonoured their contractual obligations at the expense of small suppliers.

To mitigate and prevent such systemic abuses in the agri-food supply chain in particular, the EU has adopted in 2019 the EU Directive 2019/633 on Unfair Trading Practices in Business Relationships between Businesses in the Agricultural and Food Supply Chain (Unfair Trading Practices Directive, briefly the “UTP Directive”). Importantly, this Directive also protects non-EU farmers, fishers and suppliers that are selling to EU buyers – so EU buyers cannot use unfair trading practices with any farmer, fisher or supplier world-wide.

By 1 May 2021, the EU Member States are required to transpose the Directive into their national legal framework. The UTP Directive bans a set of ten trading practices – black practices – that will no longer be allowed under any circumstance, and six additional ones – grey practices – which shall only be allowed when explicitly mentioned in a written contract.

On 1 March, the Fair Trade Advocacy Office, the Freedom Fund and 11 Civil Society Organizations and trade unions published a joint statement that aims to raise awareness on the importance of an effective and timely implementation of the Directive. While the Directive sets minimum requirements, it is possible for Member States to transpose it in a way that offers suppliers additional protection against unfair trading practices. The signatories of the Statement call on EU Member States to do so in an ambitious way that not only complies with its requirements but goes one step ahead by offering additional rights to EU and non-EU suppliers. For example, Member States can decide to forbid buying below production cost, or to extend the list of forbidden UTPs.

Once the Directive is made law in each EU Member State, farmers, fishers and agri-food suppliers worldwide will have the right to complain to the relevant enforcement authority. Non-profit organisations will also be able to complain to the enforcement authority, if the non-profit organisation can demonstrate that it has a legitimate interest and is acting on the behalf of a supplier. The Fair Trade Advocacy Office and partner organisations will provide more information for farmers, fishers and suppliers in the Global South setting out how to claim rights, once each EU Member State publishes its UTP law.

Only two months are left before the deadline for EU Member States to transpose these EU rules. Let’s hope that each Member State goes beyond the Directive where possible, to provide additional protections to suppliers.