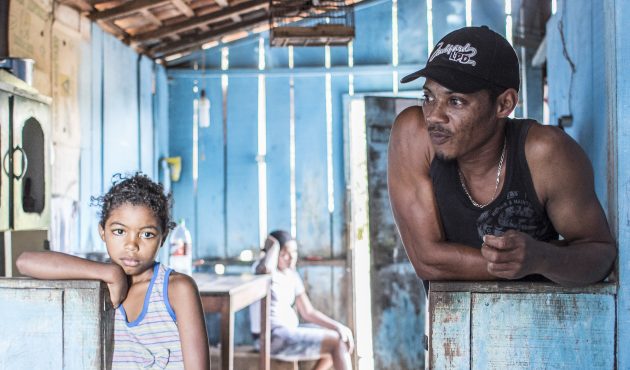 Illegal operators logging for precious woods in the Amazon forest control workers trapped in slavery, according to a new report published by Brazil’s Pastoral Land Commission (CPT) and the Carmen Bascarán Centre for the Defence of Life and Human Rights (CDVDH).

The report, “Underneath the Forests: Pará’s Amazon Plundered by Slave Labour”, is part of an investigation into the slave labour practices within the timber industry, led by the Integrated Action Network to Combat Slavery (RAICE). On the basis of the research, an investigation conducted by Repórter Brasil has linked timber harvested in slavery with big renovation projects such as New York’s Brooklyn Bridge and Central Park.

For years, slave labour has been used to destroy the Amazon. The Brazilian state has been rescuing enslaved workers deep within the forest. 931 enslaved workers have been rescued from activities cutting down trees in the state of Pará alone, since 2003. Dr. Kevin Bales, Freedom Fund Board member, reported on this issue in his 2016 book Blood and Earth. The RAICE report is ground breaking because it shows exactly how, in the absence of state assistance, settler communities have become hostage to the criminal loggers.

Used by the loggers to pull out the most valuable timber, enslaved workers hold the chainsaws at the base of a long supply chain that stretches from the Amazon’s pristine forests to the shelves of large retailers in the United States and Europe.  Without the sales of this precious timber – especially ipê or Brazilian walnut – the harvesting of other less valuable timber would not be profitable.

The report shows how families in these remote settlements have been abandoned by the state, without the means to gain income from the land, and without local infrastructure or other jobs.  Instead, the workers take up offers to make a living by cutting down trees in neighbouring protected areas.

Initially these labourers take the work for lack of other prospects, but then find they are often not paid, staying in the forest for months, risking fatal accidents, often sick due to contaminated food and water and exhausting hours of labour. Knowing they’ve been doing illegal work, and in a web of debt and coercion, they are also unable to seek help or report abuses due to a well-founded fear of being murdered.  When the authorities do turn up to investigate in these remote areas, the workers are more likely to run away in fear of prosecution than to come forward for help.

As ever, the causes of vulnerability also point to the outlines of solutions.  As well as alerting the wider world to the possibilities of consumer action, the RAICE collaborators have come up with practical ways forward on the ground, which they’re now seeking to fund. They’ve worked closely with affected communities to define strategies that include strengthening the presence of organisations like CPT alongside high risk communities, and bringing together concerned organisations in a network of vigilance against slavery; improving the reach of essential state services in these areas; helping to directly protect threatened families; and developing sustainable income generation alternatives.

Initiatives such as this are an important pilot for strategies for larger-scale work in Brazil, combining actions to end slave labour and environmental violations.

One of the RAICE partners, Repórter Brasil, disseminated the new evidence through a website Wood and Slavery.

Pictured: A former forced labourer who worked in the Brazilian logging industry was liberated.