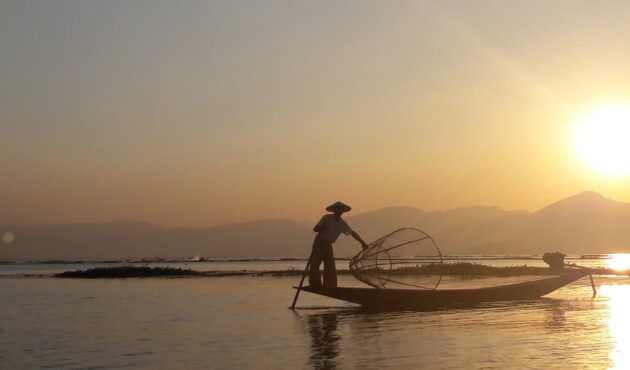 With the growing recognition that climate change will be a determining factor in development and human rights outcomes in the years and decades to come, the Freedom Fund launched a series of webinars looking at the linkages between environmental degradation and modern slavery.

In April, we hosted a discussion that explored how slavery is inextricably interwoven with some of the worst environmental destruction on the planet. I was joined by Kevin Bales, Professor of Contemporary Slavery at the University of Nottingham and author of “Blood and Earth’, and Leonardo Sakamoto, Journalist and director of Réporter Brasil.

From the devastating deforestation of the Amazon, to the mining industry’s decimation of protected areas in the Congo, to fish processing in Bangladesh, environmental destruction and modern slavery blight lives. There are numerous examples of how the combination of these twin threats both increase the exposure of vulnerable people to modern day slavery and destroy ecosystems.

In his book ‘Blood and Earth’, Kevin explains how he ‘began to notice a pattern emerging: Where slavery existed, so did massive unchecked environmental destruction’. He also talked in the webinar about the human consequences, and gave the example of children forced to work in fish farms in the Sundarbans, Bangladesh, a UNESCO World Heritage Site. They are beaten by their supervisors to work faster and abused. When asked about their greatest fears, the children say diarrhoea (the number one cause of death) and being eaten by tigers – who as the forest is encroached and their prey killed, increasingly take children as food.  While Leonardo spoke about charcoal production in the Amazon, which fuels the production of steel which ultimately ends up in the cars we drive, and other products you and I use on a daily basis.

According to the International Labour Organization, forced labour generates an estimated $150 billion in illicit profits annually. Criminals and businesses willing to exploit the most vulnerable generally show equally scant regard for our natural environment. So when they cut timber they slash and burn, when they mine they dump toxic residue, and when they farm they pay no attention to the long-term health of the land or the people they force to work. This matters both because modern day slavery makes environmental degradation profitable, and because as Kevin Bales argues combating slavery could be a hugely positive way to protect our planet.

The link between slavery and the environment is however too often overlooked. Julie Broome, Director of the Ariadne Network, who moderated the session, opened by talking about the hidden nature of the relationship between modern day slavery and environmental destruction. Even she, who has worked in the sector for many years, found herself having to research the topic as she prepared for the event.

This lack of awareness was a theme throughout the conversation, as was the lack of research around the nexus between modern slavery and environmental destruction. The Freedom Fund called for increased awareness and research focused on this nexus, as well as for a shared recognition of the power of local communities to lead the fight against slavery and to build local adaptive capacity to climate change.

Looking ahead, after decades of kicking the issue of environmental degradation into the long grass, businesses and politicians can no longer delay the transition to a greener economy. Financial institutions are weighing the cost of de-carbonisation against the cost of inaction, and the inevitable environmental and economic shocks of a warming planet. Human rights, modern day slavery and environmental destruction are intertwined and need to be treated as such.

As President Biden draws together leaders from around the world for his ground-breaking Climate Leaders’ Summit, I find myself asking three things

We have a window of opportunity for a convergence of multiple interests around a meaningful change agenda. But only if the formidable opposition from human rights abusing and polluting industries, traditional market forces and more short-sighted political interests can be overcome.

We have an opportunity for change – for people and our planet.

I have just read a letter from Douglas Griffiths, President, Oak Foundation in which he offers the following quotation, which I find both beautiful and apposite. In April 2020, author Arundhati Roy wrote:

“Historically, pandemics have forced humans to break with the past and imagine their world anew. This one is no different. It is a portal, a gateway between one world and the next. We can choose to walk through it, dragging the carcasses of our prejudice and hatred, our avarice, our data banks and dead ideas, our dead rivers and smoky skies behind us. Or we can walk through lightly, with little luggage, ready to imagine another world. And ready to fight for it.”

We are ready to imagine a world free of slavery, which recognises the finite nature of our planet, and rebuilds sustainably leaving no one left behind.

And to finish with another of my favourite quotes, this time from Fritz Schumacher, ‘To talk about the future is useful, only if it leads to action now’.