CLOSE
Home / Private: Newsroom / Blog / Are we staying true to our DNA?

Are we staying true to our DNA? 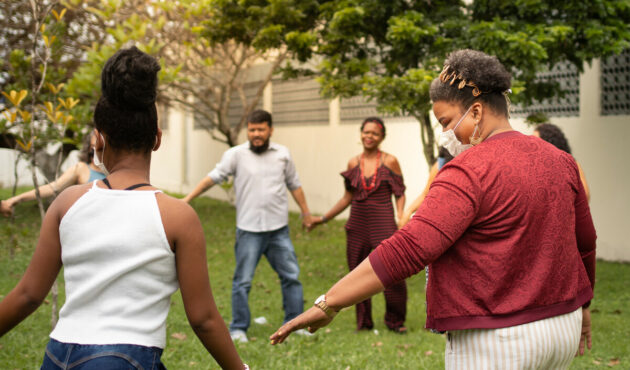 Whether you’re a business, a secondary school, or a Premier League football club, these days everyone is talking about their organisational “DNA” – that central idea or set of values that conveys who you are.

I remember spending a day just over eight years ago, when we were first setting up the Freedom Fund, talking with a handful of colleagues about what we wanted our organisational DNA to be.

Many of our first staff members, including myself, had spent their careers in large international development and human rights NGOs. We were incredibly excited about the opportunity we had been given by the Freedom Fund’s founders to start up a new organisation with (almost) carte blanche in terms of the type of approach we wanted to take in making an impact against modern slavery.

Our collective view was that the most inspiring work we had seen, and where the best value for money could be achieved, was the work done by smaller, grassroots organisations in fighting for social change – those groups that typically received only a miniscule share of international philanthropic funding but had the trust of their communities and could make big things happen on small budgets.

Our central idea was that we would aim to be the funder that best knew how to support grassroots organisations fighting slavery, the funder they would all want to partner with. We would be demanding, yes, but also flexible, supportive, light on bureaucracy, and accountable.

We have just published the results of an anonymous survey of our grantees that we commissioned to help us understand how well we are keeping to that vision. And for the most part, the results surpassed even our highest expectations. 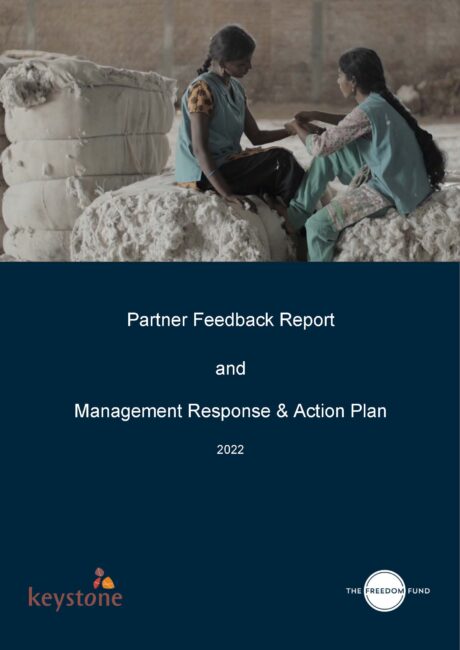 The survey was conducted by Keystone Accountability, an independent not-for-profit that specialises in improving accountability in international philanthropy. It consisted of standard questions that Keystone has been asking for years on behalf of 90 leading INGOs and foundations, with more than 7,000 local partners participating. This allows Keystone to benchmark organisations’ results against others who have taken the survey.

Overall, our partners rated the Freedom Fund significantly above the global benchmark average on nearly all the questions that Keystone asked them. Scores were highest in areas such as the Freedom Fund’s flexibility in letting our partners adjust their plans mid-grant; our transparency and accountability; and our efforts to shift power to vulnerable groups.

Keystone said the Freedom Fund recorded the highest score they have ever seen on the survey for several questions, including where partners were asked to rate their agreement with the following statements:

We feel especially proud of the fact that many of our partners said they feel comfortable questioning our approach when they disagree with us, and that they feel we listen and respond appropriately to concerns. According to Keystone, “mutuality in relationships is an area of evident strength in which the Freedom Fund scores significantly higher than the average in all areas.” As those of us in philanthropy know well, this is a dynamic that funders often aspire to but is hard to create in practice because of the inherent power imbalance between donor and grantee.

There were a few places where we fell short of what we hoped we would hear. Some grantees said they felt pressured to shift priorities when they partnered with us. Others told us that while the Freedom Fund is, on the whole, not overburdening them with our monitoring and grant compliance requirements, the demands in the early stages of the partnership can feel too high and could be better phased over time. These are among the issues we’ve committed to address as part of an action plan we’ve developed in response to the survey findings.

All in all, it’s been a highly useful exercise to get this feedback, and one that we intend to repeat regularly as we strive to achieve our vision of being the best possible donor for those on the frontline of the fight against modern slavery.

You can read the full Partner Feedback Report here.

And be sure to check out Board and Council of Advocates member Natasha Dolby’s reflections on the importance of open communication between funders and grantees here.