When is child marriage slavery? 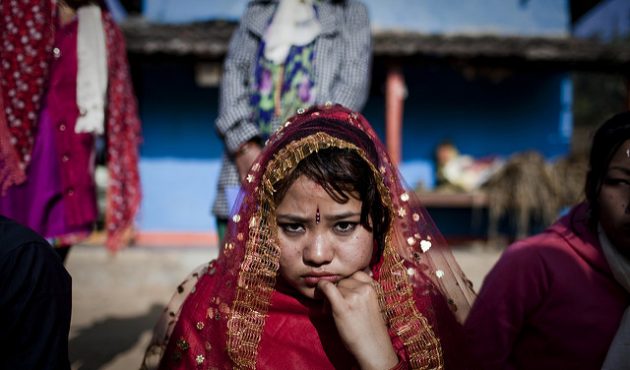 The causes of forced and child marriage are myriad and complex. Prevalent in communities with high rates of poverty and insecurity, forcing a daughter to marry is often seen as a way to secure her economic future. Forced marriage is also a widespread cultural practice, based on stereotypical views of sexuality and a woman’s role in society. The sense of ‘ownership’ that a forced marriage may give the husband or his family can encourage other forms of slavery, such as sexual exploitation and domestic servitude.

Studies have shown the consequences that forced and child marriage can have on a girl’s sexual and reproductive health. Often unable to negotiate safer sex, she is vulnerable to sexually transmitted infections, including HIV, as well as early pregnancy, which carries its own complications. It is estimated that two million women in developing countries suffer from obstetric fistula as a consequence of early childbirth. This condition often leaves them ostracised from their families and communities, abandoned by their husbands and unable to access medical treatment.

It is a common practice in many parts of the world for girls to be married before they turn 18, through marriages arranged by the family.

When is child marriage slavery?

At the Freedom Fund, we do not consider all child marriages to be slavery, despite the negative consequences girl brides can experience. A girl’s marriage may be considered forced if she did not give her free and informed consent to the union, is subjected to control and threats from her husband, is exploited for sexual or labour purposes during the marriage, or cannot realistically or safely leave.

The younger a girl is when she is married, the greater the risk that she will be vulnerable to non-consensual and exploitative practices.

Learn more about the gender dimension of slavery in our new report: ‘Her freedom, her voice: Insights from the Freedom Fund’s work with women and girls‘.