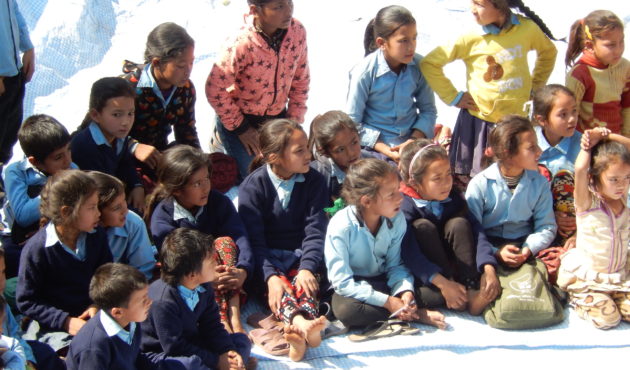 A report by Oxfam warns that economic inequality is worsening and despite the vital work that women and girls do – their efforts are systemically undervalued. Aside from unpaid work inside their own homes, women and girls are routinely underpaid as domestic workers helping to take care of other people’s families. It is estimated that there are 3.4 million domestic workers globally who are in forced labour and being deprived of $8 billion annually in due wages.

Sexual exploitation of children in Nepal

Nepal ranked 39 out of the 60 countries in the Economist Intelligence Unit’s Out of the Shadows Index, which measures how nations respond to child sexual exploitation and abuse. ECPAT’s briefing paper explains that Nepal’s low ranking is due to an uncoordinated national policy framework on child sexual exploitation that includes loopholes and inconsistencies, hampering efforts to tackle this crime.

A working paper by the International Monetary Fund quantifies the relationship between child marriage and economic growth, using data from 112 countries. The authors estimate that if child marriage ended today, the long-term annual per capita real GDP grown in emerging and developing countries would increase by 1.05 per cent.

According to Human Rights Watch’s latest World Report 2020, migrant workers in Qatar are still at high risk of abuse despite a range of promised reforms. Although the Qatar government announced in October 2017 to end the kafala system, elements of the system remain largely intact today and employers continue to have excessive control over migrant workers, including the power to stop workers from leaving the country.

A paper in Forum: Qualitative Social Research explores the experiences of human trafficking survivors in Cambodia as they transition from shelters to living in the community. Drawing on longitudinal interviews conducted with 79 survivors between 2011 and 2016, the findings highlight the importance of client decision-making in planning for their own care and reintegration.

Watch Bonded: a short film which follows Tara, one of the community leaders in our northern India program, as she works village-by-village to liberate people trapped in bonded labour.