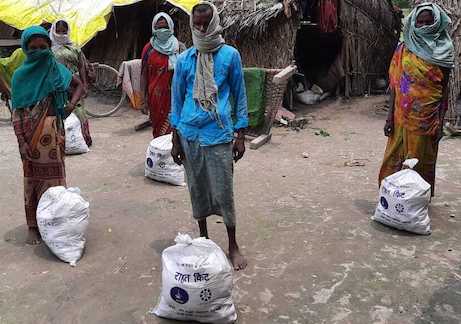 Annual release of the U.S. Trafficking in Persons Report

The United States Department of State released the 2020 Trafficking in Persons report, demonstrating that debt bondage, forced labour and exploitation of children are still widespread in many countries. For example, 40 percent of seasonal workers from Northern India owed debts to brick kiln workers that are greater than the amount workers make in total for the season. In Bangladesh, it is estimated that 20,000 children grow up and are exploited in the commercial sex industry.

The worst countries for workers’ rights

The International Trade Union Confederation published their Global Rights Index for 2020, focusing on the world’s worst countries for workers’ rights. Of the 144 countries assessed, 85 percent have violated the right to strike, and widespread government surveillance of trade union leaders in order to limit labour movements is emerging as a new worldwide trend.

Economic effects of covid-19 and the exploitation of children

World Vision reports on how the current pandemic has increased child hunger, violence and poverty in 24 countries. An estimated 8 million children have begun begging or have been involved in child labour as a result of covid-19. In Cambodia, 28 percent of households surveyed have put their children to work due to job and income loss during this time.

UNICEF gives guidance for companies to integrate children’s rights into responsible sourcing frameworks in the garment and footwear industry. It is estimated that over 100 million children are affected as workers, children of workers, and as members of communities that live near factories. The framework recommends approaches that include assessing and integrating child rights into policies and management, monitoring progress and supporting suppliers in establishing worker engagement, and investing in initiatives that support children.

The United Nations Population Fund’s latest State of the World Population report examines the harmful practices that effect gender equality. These include child marriage, preferential treatment of boys and gender-based violence. An estimated 650 million girls and women alive today were married as children and it is estimated it would cost $3.4 billion a year for ten years in order to end the suffering of 84 million girls.

The Freedom Fund recently hosted a panel discussion “On the frontlines of vulnerability: Safeguarding children in a pandemic”. A recording of the webinar is available here.

Contact us Our team would love to hear from you. Please email: [email protected].

News & updates For more news and updates about the Freedom Fund, visit our Newsroom. You can also view archived issues of our bulletin here.