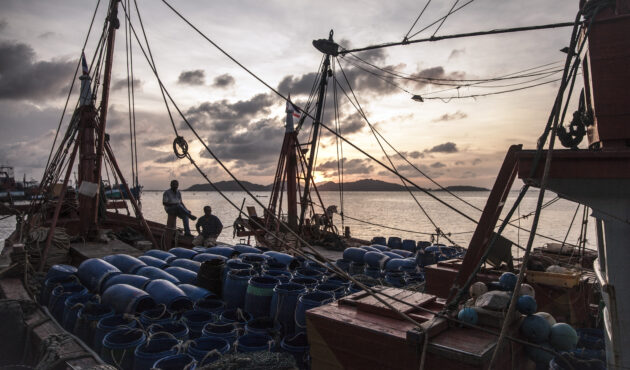 Ethiopian women’s recruitment into domestic work in the Middle East

The Freedom Fund, in collaboration with the London School of Hygiene and Tropical Medicine and the Population Council, publishes a report on recruitment practices as experienced by Ethiopian women entering domestic work in the Middle East. Drawing on 69 interviews with recruiters, returnee migrants, policy makers and service providers, the study found that lack of access to information about working terms and conditions, limited assistance upon arrival and weak links between pre-departure and destination agents, all contributed towards the high rate of exploitation suffered by Ethiopian women migrants.

Trafficking of Cambodian women into marriage in China

The Global Initiative Against Transnational Organized Crime examines the trafficking of Cambodian women and girls for marriage in China. Drawing on a secondary data analysis plus inputs from 28 civil society organisations, academics, researchers, survivors and their families, and journalists, the research shows that bride trafficking into China has increased since 2016. Tighter border inspection is pushing traffickers to use overland routes rather than via flights, as well as crossing through informal border points to avoid detection.

The links between climate change and human trafficking

The International Institute for Environment and Development reports on the links between climate change, migration and trafficking, while highlighting the underlying drivers that should be targeted by policymakers to address this nexus. Based on 210 interviews and surveys covering 420 households in Odisha and Jharkhand, India, the study found that 50 percent of respondents reported an increase of intensity and frequency of environmental stressors in the last ten years, and that climate change has become the new driver of migration and trafficking.

The International Organization for Migration (IOM) and the World Bank investigates the relationship between economic shocks and human trafficking. Through an analysis of IOM’s trafficked victims database, the authors found that economic shocks such as global commodity price fluctuations are strongly correlated with a higher number of trafficking cases identified. The report warns that human trafficking has been exacerbated by covid-19 and will remain a major risk well after the pandemic is brought under control.

The University of Nottingham and Ecorys Poland examines external policy tools available to the European Union to address modern slavery in third countries. Based on a literature review, secondary data analysis, and 35 stakeholder interviews, the report calls for a more coordinated approach between trade, development and foreign policies, as well as greater engagement with survivors and vulnerable populations to improve the efficacy of policy tools and avoid unintended harm.

The Freedom Fund is seeking a Program Advisor to support the implementation of our program in the Metropolitan Region of Recife, Brazil. Learn more here.